Researchers hopeful that North Carolina site is that of Lost Colony 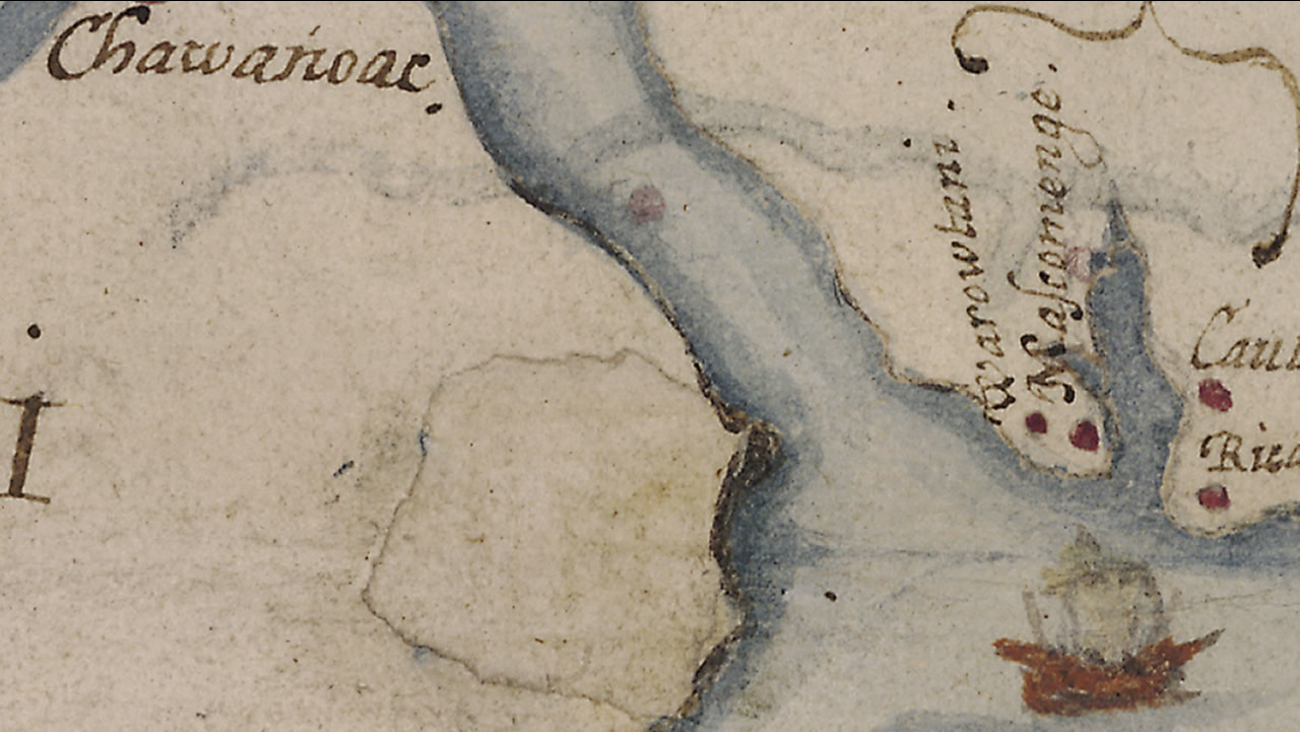 RALEIGH -- A clue discovered just a few years ago on a centuries-old map has led researchers back to a North Carolina site in hopes of discovering whether the men, women and children of North Carolina's "Lost Colony" settled there.

In 2012, researchers with the foundation and the British Museum announced they had found a tantalizing clue about the fate of the Lost Colony, the settlers who disappeared from Roanoke Island in the late 16th century. The clue was on the "Virginea Pars" map of Virginia and North Carolina created by explorer John White in the 1580s and owned by the British Museum since 1866.

Attached to the map were two patches, one of which appeared to correct a mistake on the map. The other - in what is modern-day Bertie County in northeastern North Carolina - hid what appears to be a fort. Another symbol, appearing to be the very faint image of a different kind of fort, is drawn on top of the patch.

The American and British scholars believed the fort symbol could indicate where the settlers went.

The map prompted archaeologists with the foundation to re-examine artifacts they had found years earlier on private land near the site. That re-examination encouraged them to dig for more artifacts in 2012 and then again in 2014, said Nicholas Luccketti, an archaeologist who has surveyed and excavated Virginia sites since 1974 and has been on the foundation board since its inception in 2006.

Although they haven't found a fort, they have found enough artifacts of the correct time period to cause excitement, he said. "It's fair to say it's a site of very great interest to us," he said, adding the owner is cooperating with the dig on land near the confluence of the Chowan and Roanoke rivers in the western Albemarle Sound.

The impetus for the excitement isn't very exciting in and of itself: mainly broken, everyday pottery that shows that people lived there, Evans said. "That's why domestic wares are interesting to us," he said. "It tells us people were there long enough to break stuff. ... We're getting these types of wares in sufficient numbers that we think people are there and they're doing something and they're there for a good bit of time," he said.

One reason for caution is that other people once lived on the site so the researchers must be certain that the wares aren't associated with them, Luccketti said. "Right now, we don't think so," he said.

White drew the Virginea Pars map - which was critical to Sir Walter Raleigh's quest to attract investors in his second colony - and other drawings when he traveled to Roanoke Island in 1585 on an expedition commanded by Sir Ralph Lane. In 1587, a second colony of 116 English settlers landed on Roanoke Island, led by White. He left the island for England for more supplies but couldn't return again until 1590 because of the war between England and Spain.

When he came back, the colony was gone. White knew the majority had planned to move "50 miles into the maine," as he wrote, referring to the mainland. The only clue he found about the fate of the other two dozen was the word "CROATOAN" carved into a post.

Evans hopes that people don't expect a bombshell discovery that confirms the site as the home of the Roanoke colonists. Such confirmation would involve "taking lots and lots of little pieces of information, analyzing and evaluating them against other colonial sites, the history we know, the map evidence we know and then building it piece by piece," he said. "I'd be very surprised if we hit any one thing and said, 'This is it.'"