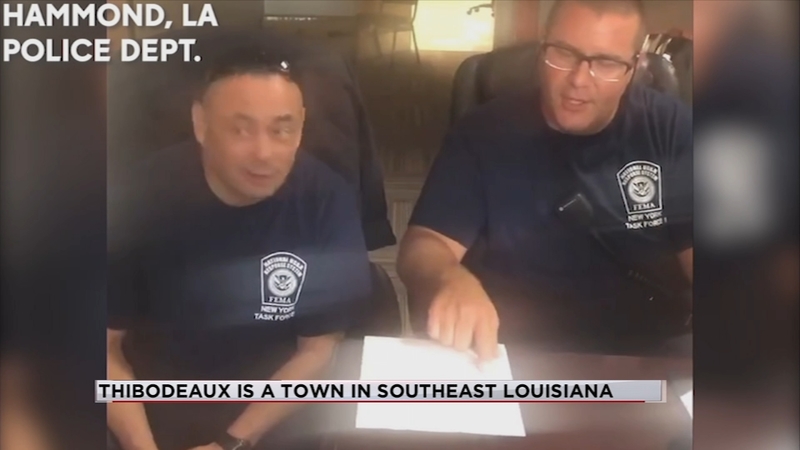 Louisiana's unique culture may include great food and friendly people, but some of the names of communities and families can be a trick to learn for outsiders.

A couple of officers from the New York City Police Department learned that during their time in the Bayou State as they helped residents recover from the wrath of Hurricane Ida.

Hammond, Louisiana Chief of Police Edwin Bergeron gave the pair of visitors a list of community names and asked them to give it their best shot.

The duo managed to get at least one of the communities correct in their attempt that was caught on video and has gone viral on social media.

Hurricane Ida prompted FEMA to dispatch members of New York's urban search and rescue team to the area, including these two.

Sadly, Hurricane Ida left a wake of destruction back in their home region while they assisted with efforts down south.

While the Louisiana linguistically-challenged helpers came from halfway across the country, the city of Hammond is no stranger to having New Yorkers visit.