Kuechly likely to start for Panthers on Sunday 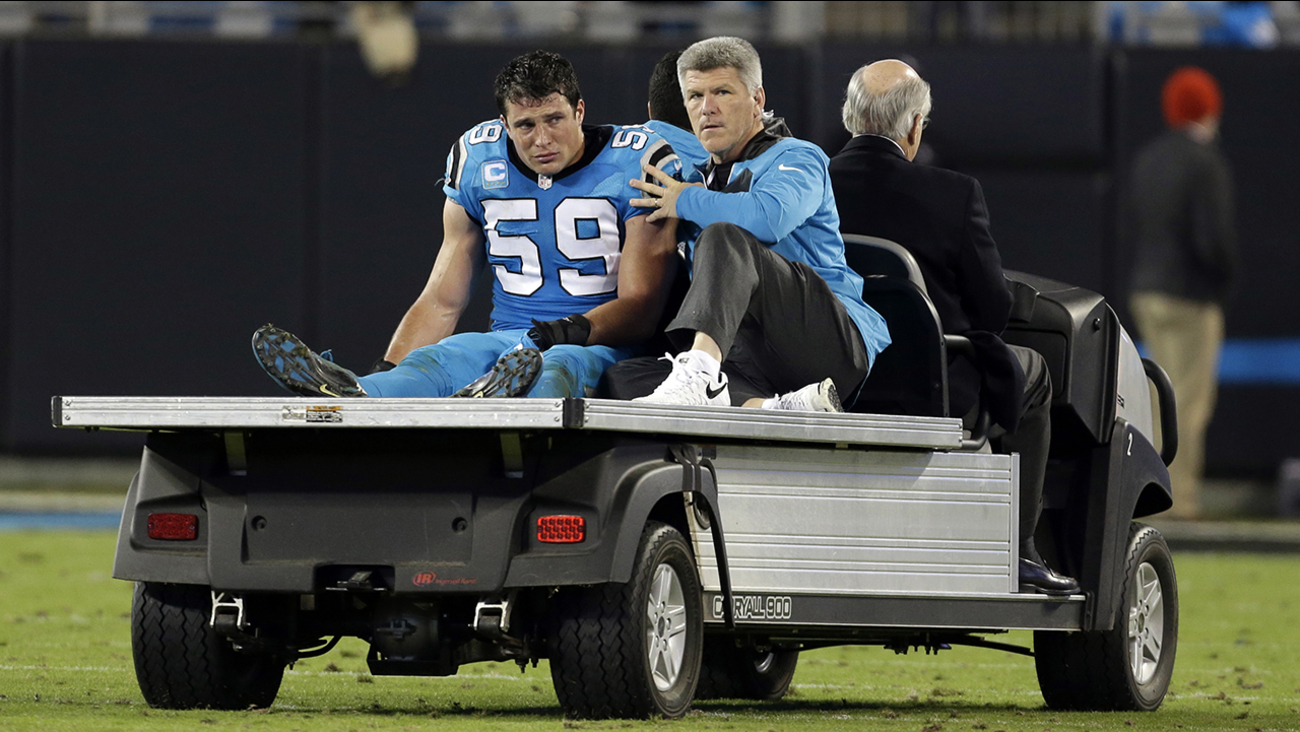 A teary-eyed and shaken Luke Kuechly (59) is taken off the field Nov. 17 against the Saints. (Bob Leverone)

All three were full participants during Friday's practice. They were scheduled to meet with the medical staff later in the day and then again Saturday to make sure there are no setbacks.

"If they proceed accordingly, then hopefully everything is fine,'' coach Ron Rivera said. "You always keep your fingers crossed.''

Panthers coach Ron Rivera has his "fingers crossed" that there will be no setbacks and Luke Kuechly can return Sunday after missing two games due to a concussion. Said Rivera: "Anytime you've got your leader out there, it's a doggone good thing."

Kuechly has missed the past two games since suffering a concussion in a Nov. 17 win against New Orleans.

Friday was his third straight day of practicing and first as a full participant. He's been ruled out in the injury report the previous two Fridays.

The Panthers (4-8) allowed 900 total yards and 75 points in the last two games against Oakland and Seattle without Kuechly, so Rivera looks forward to getting him back.

"Anytime you've got your leader out there, it's a doggone good thing,'' Rivera said.

The 2013 Defensive Player of the Year missed three games with a concussion last season. Like he did last year, Kuechly has served as another set of eyes for the coaching staff while out the past two games.

"He's been a great resource, not just for the players but the coaches,'' Rivera said. "He gives a different perspective when he's out there and when he's on the sideline. That's a huge plus.''