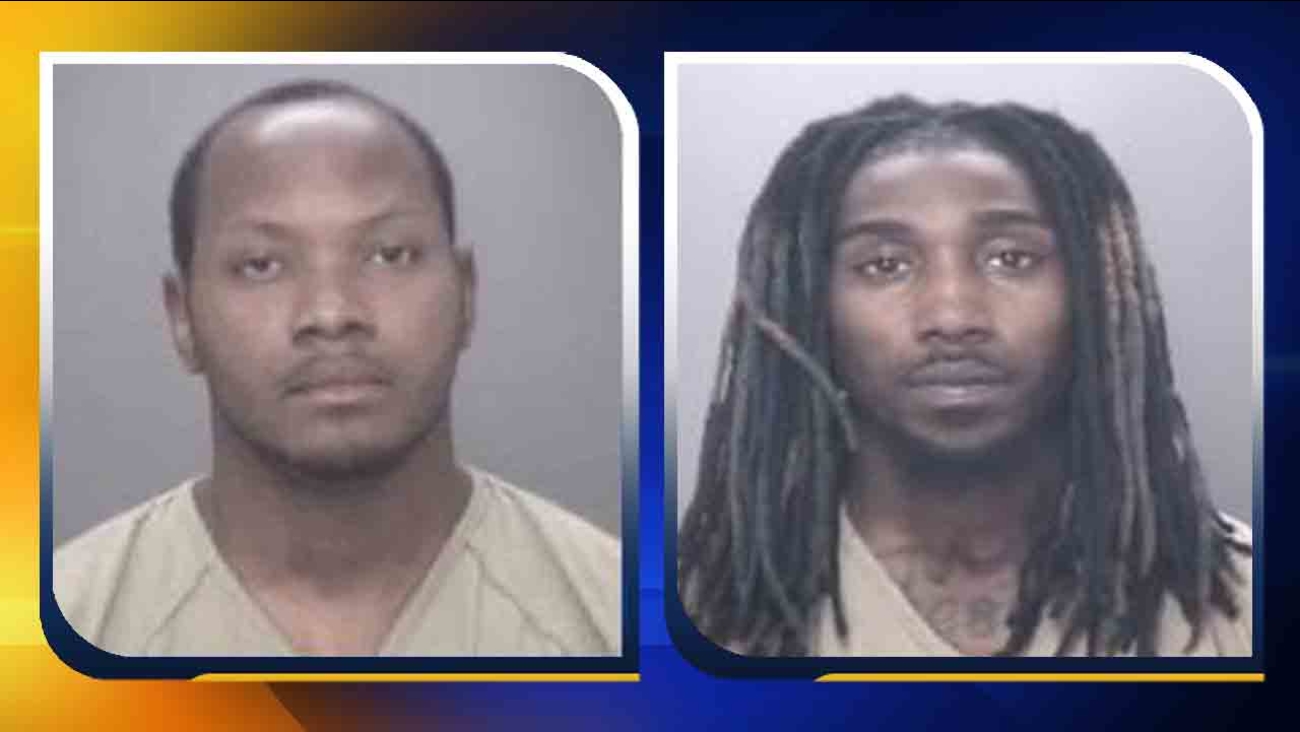 LUMBERTON, NC (WTVD) -- Two of the four men accused of robbing a PNC Bank at gunpoint Tuesday afternoon has been arrested.

He was booked into the Robeson County Detention Center on a $175,000 secured bond which was increased to $1 million.

On Wednesday, 27-year-old Rashad Donavan Young was detained and released on a lack of evidence to arrest.

He was arrested Thursday and charged with the same charges as Vaughn; his bond is also $1 million.

A manhunt is still underway by the Lumberton Police Department for the other two men accused of robbing the bank.

According to police, the four other men robbed the bank located at 707 North Chestnut Street around 3:30 p.m.

The suspects fled with an undisclosed amount of money, and no one was injured.

After the robbery, police spotted the suspects fleeing the area in a grey Saturn and a chase ensued.

During the chase, officials said gunfire was exchanged and the suspects exited the vehicle along different spots on Old Whiteville Road.

Authorities are searching along the roadway in both Robeson and Columbus counties.

The men are considered armed and dangerous.