Duke doctors on the cutting edge for lung cancer 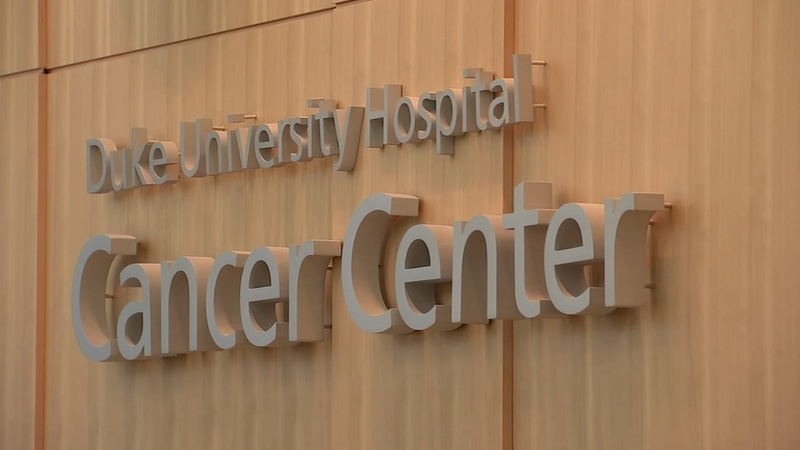 Duke doctors on the cutting edge for lung cancer

The Triangle area resident was first diagnosed with the dreaded disease when she was just 38. She was a smoker and a young mother of two.

"Back in 1983 lung cancer was a death sentence. And to be diagnosed with that so young and have such a young family," was devastating the Prough, now 74, told ABC11.

But she got lucky.

It was early stage one cancer and surgery to remove part of her lung got it all.

"I had my last cigarette on the gurney going in to have my right upper lobe removed."

But 30 years later, after she and her husband retired to home near Fuquay-Varina, she got sick again.

Doctors thought she might have pneumonia. A chest x-ray showed lung cancer.

"Again I was devastated."

She underwent surgery and another lobe of her lung was removed.

Everything looked good until a cat scan during a check-up six months after the surgery; this time it was stage four cancer.

"It had metastasized. It was in my other lung. They could not operate and I was told there was nothing they could do," she recalled six years later.

She asked if there were any experimental drug trials.

"He thought about it and he said, 'Well, as a matter of fact there is one starting. It was immunotherapy."

But Prough was willing to give it a try.

"There was some optimism," the doctor said adding, "But I don't think anyone could have thought that this might be a long term success, this single therapy."

Three years after starting the drug that would eventually be known as Tecentriq, Dr. Crawford gave her his verdict.

"I was diagnosed - no evidence of disease," she said.

That same year Tecentriq was approved for the open market.

Dr. Crawford says that drug along with other immunotherapies are now saving more and more lives and explained the theory behind them.

Now she is giving thanks and giving back.

"I was so grateful that I visited people in the hospitals. I spoke for the American Cancer Society," she said.

She is also doing volunteer work with cancer patients and is hopeful that one day researchers can make immunotherapy work for everyone like it did for her.
Report a correction or typo
Related topics:
health & fitnessfuquay varinadurhamhealthduke universitylung cancercancer
Copyright © 2021 WTVD-TV. All Rights Reserved.
More Videos
From CNN Newsource affiliates
TOP STORIES