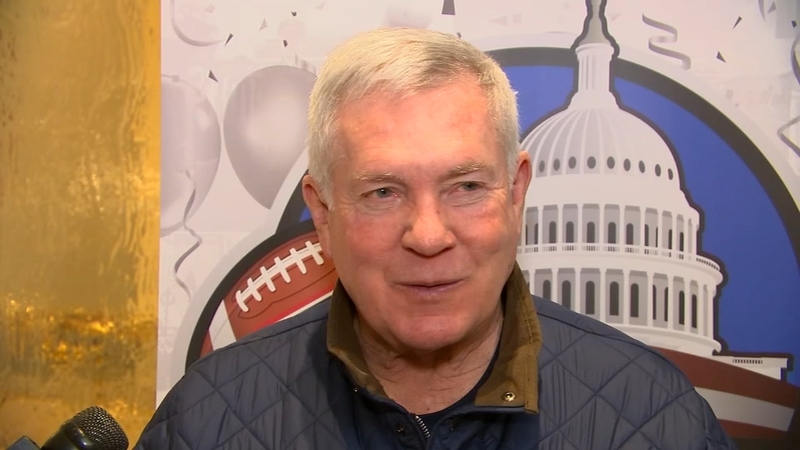 ANNAPOLIS, Md. (WTVD) -- The North Carolina football team has a chance to finish the season with a winning record on Friday when the Tar Heels meet Temple in the Military Bowl.

When Mack Brown took over as UNC's head coach, he set out a list of goals for the program, one of them being making it to a bowl game.

"Reflecting back, it's been a blast," Brown said. "I'm really glad that Sally and I decided to do this. The players have been unbelievable. I cry around Christmas all the time anyway so I spent most of yesterday crying when they came up to me talking about how much fun they're having and the look on their face."

Mack Brown says this has been a really exciting week getting to spend time with the team and also very educational as they’ve toured monuments. We’re live in Annapolis at 6,10&11 ahead of tomorrow’s @MilitaryBowl @TarHeelFootball #UNCfootball pic.twitter.com/L9qvsEcl3m

Brown said this week has been fun but also very educational. The team toured the city, drove around the White House and saw the monuments.

"The best of all is we went to the African American culture museum and spent a couple of hours there," he said. "That was something that a lot of teams don't do, and our team really enjoyed it."

The Tar Heels are 6-6 and face a challenge in the 8-4 Owls, who are making their fifth consecutive bowl appearance.

"Most of these guys have never been to a bowl game so this is a wonderful experience for them," Brown said. "And I think if anyone had apprehensions about will it be fun on Christmas, they've had a blast."

Of course, it's not all fun. There's the work, too. The Heels have been practicing all week in hopes of winning their first bowl game in six years.

"We don't get into numbers as much as we get into momentum," Brown said. "We have tremendous momentum in our program right now. We just had a great recruiting year. Fans are all excited. We sold out every game and this would just be another step forward getting us ready for spring practice."

Brown said a lot of coaches and coworkers have reached out in season one of his second stint as UNC coach.

One of those people was the man he replaced, Larry Fedora.

"I got a wonderful text from Coach Fedora yesterday, 'good luck in the bowl game,'" Brown said. "I texted him back and said 'you'd be so proud of your guys that they've tried to do everything right to get here.' It's been a really good feeling being up here to be in a position that these guys haven't been in in a couple of years to give them some more fun."