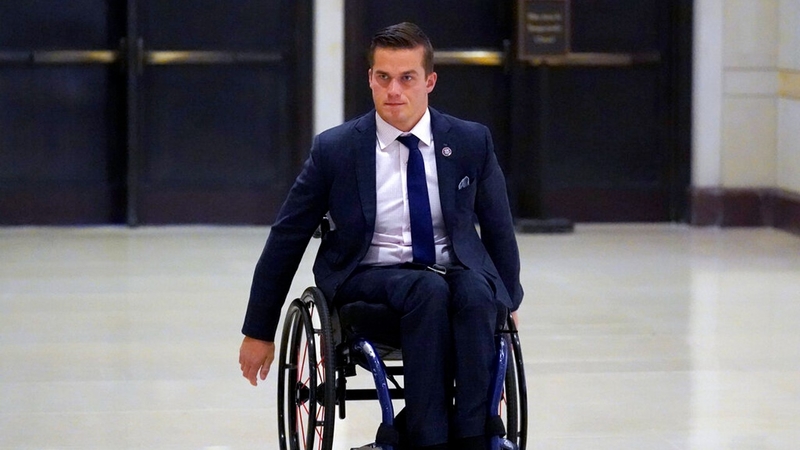 RALEIGH, N.C. (WTVD) -- A federal judge on Friday shut down a legal challenge to North Carolina Republican Rep. Madison Cawthorn's candidacy from a group of voters and advocacy groups who claimed that an old provision of the US Constitution banned him from running because of his role in the January 6, 2021, insurrection.

This means the constitutional challenge against Cawthorn is over, though Friday's ruling could be appealed. It's a major victory for the pro-Trump firebrand, and a loss for the coalition of constitutional scholars, anti-Trump Republicans and liberal activists who filed the challenge.

The ruling was narrow, with Judge Richard Myers concluding that an 1872 amnesty law passed by Congress essentially repealed the 14th Amendment's "disqualification clause," which prohibited officeholders from returning to elected positions if they supported an insurrection, but also said Congress could remove that disability with a two-thirds vote.

Myers agreed with Cawthorn's lawyers, who argued that the Amnesty Act of 1872 applied not only retroactively to Confederate officials, but also in perpetuity regarding future rebellions.

Cawthorn has denied any wrongdoing regarding January 6 and says he isn't an insurrectionist.

Myers, an appointee of former President Donald Trump, handed down the ruling during a two-hour hearing at the federal courthouse in Wilmington, North Carolina, which featured arcane legal arguments and history lessons about the US Constitution, the post-Civil War amendments, and how they apply today.

"We are at a moment in which interest in free and fair elections is at its peak," Myers said, adding that it was his responsibility as a federal judge to protect "the soapbox... the ballot box... and the jury box... And when those fail, that's when people proceed to the ammunition box."

He also praised the North Carolina election officials that Cawthorn sued, saying they're "working hard" to administer fair elections. Lawyers for the North Carolina State Board of Elections previously claimed they have the power to disqualify Cawthorn based on the constitutional challenge, and they argued Friday that the 1872 amnesty law didn't apply to Cawthorn.

"We're greatly disappointed," said John Wallace, a Democratic lawyer who represented the challengers. "Those North Carolina voters who saw it fit to challenge Cawthorn's candidacy now won't have a chance to do so."

EDITOR'S NOTE: The video in this article is from a previous update on Rep. Cawthorn.