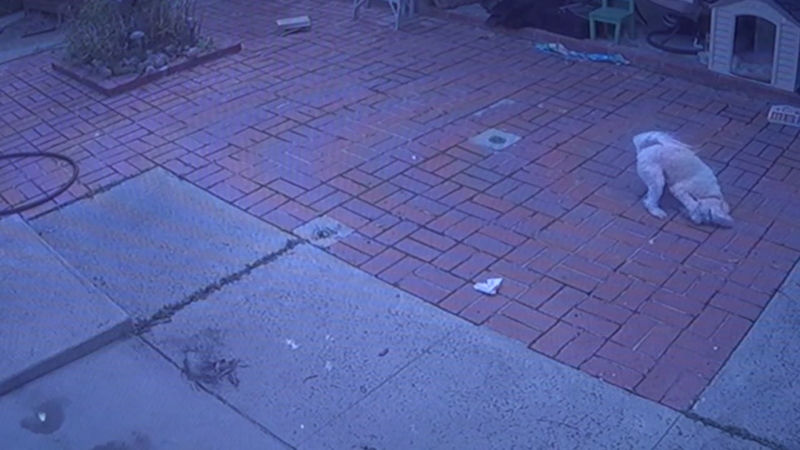 The video shows a postal worker allegedly pepper spraying his dog Pupa - who was behind a metal gate.

The 7-year-old rescue dog is seen convulsing on the ground for several minutes in pain.

"This is a total betrayal of trust. You would think the postal service is somebody you can trust," said Alfonso Glaindo, the dog's owner.

This is not the first time Galindo says this has happened.

Galindo found nine similar incidents over the last month captured on video, each time the postal carrier walks by.

Galindo recalls there were times in the last six months Pupa had red eyes, but it would always go away.

He also believes the pepper spray may also be the reason his two children have developed mysterious respiratory problems.