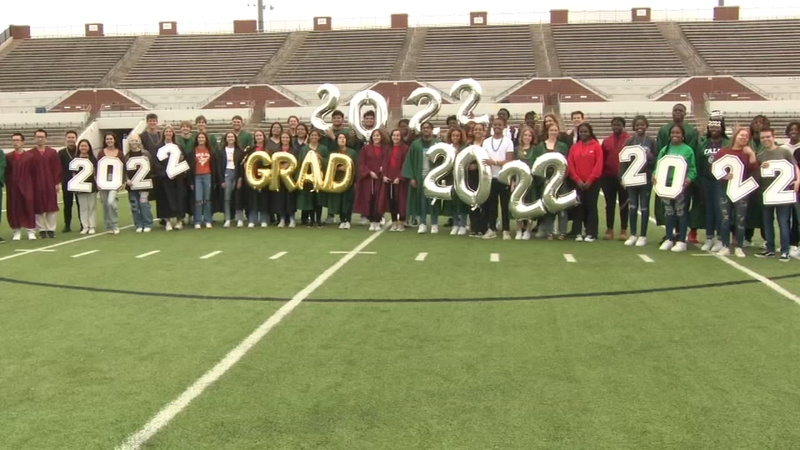 A North Texas high school thinks it's setting a world record with its 2022 graduating class.

That's because there are 35 sets of twins among the graduating seniors and one set of triplets.

The siblings gathered on the football field of Mansfield High School, outside Dallas, to take pictures in their caps and gowns, and it was quite a moment.

"It's great being a twin. We don't necessarily look alike but that bond is still there just as much as any of the twins here," student Angela Morka told KTVT.

Other twins like Avery and Keaton Slimak want to stay together, attending the University of Texas. They'll be roommates.

"We're pretty much best friends. We do everything together, and we get along really well. So excited to stay together," Avery said.

And like something right out of the show "Sister, Sister," Slimaks have also experienced some challenges when it comes to people not being able to tell them apart.

"It can be confusing for people definitely. I've gotten pretty used to being called by her name, but it's been fun definitely to have someone there all the time," Avery said.

"It's fun to pull pranks on people too. We've switched classes plenty of times," Keaton said.

OK, maybe they're following the notes from Tia and Tamera Mowry a little too closely.

Still, it's all created a bittersweet moment for the teens as they prepare for whatever comes next.

"Knowing that it's almost over is exciting, but it's also kind of sad to leave that away," Angela said.

Mansfield High School has 2,600 students in its student body. There would normally be about 10 or 11 pairs in a student body this size.

Instead, there are three times as many in this group.