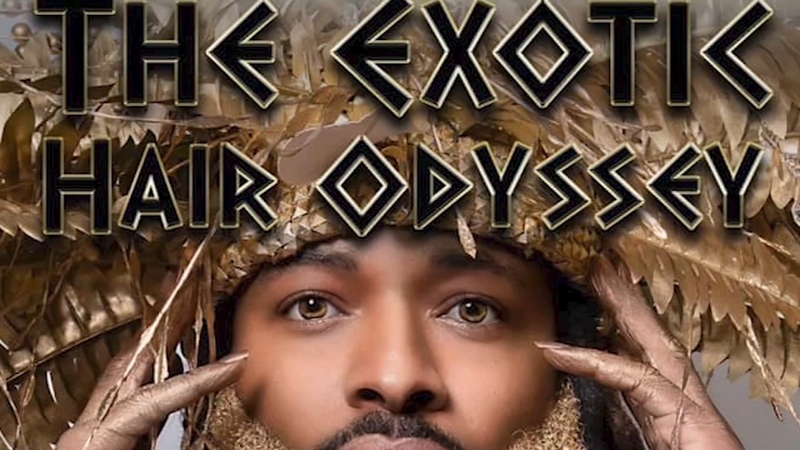 FAYETTEVILLE, N.C. (WTVD) -- As the International Folk Festival gets underway this weekend in Fayetteville, a hairstylist will be putting his celebration of art on full display to help those battling cancer and other ailments.

For Marcus Doss, styling hair isn't just a passion, it is his art.

"I started doing hair when I was 10 years old," Doss said. "just always wanted to play with hair."

"I have been his client for a lifetime and his model as he would say," said Lakisha Wylie.

Wylie has been a client and friend to Doss for nearly 20 years. Both have been there for one another in good times and bad.

"I got diagnosed about three-and-a-half months after I had my babies and after my second dose of chemo, my hair all completely fell out," Wylie said.

Doss wanted to help after his friend's breast cancer diagnosis, and he decided to use his talent and gifts to help Wylie and other clients regain their confidence.

Doss became certified in non-surgical hair replacement, which he performs for women and men who are battling cancer and other diseases such as alopecia and lupus.

He even works with the VA to help veterans get the service at no cost.

"You got to think if you are a woman, and you have long beautiful hair and something happens, and it's just gone in a few days ... I had people and veteran who wouldn't come out of the house," Doss said.

This Saturday, as Doss and his team are putting on his eighth annual hair show titled "The Exotic Hair Odyssey," he said he wants people to see his art for more than just something pleasing to the eye but something that changes lives.

"It's not just hair," Doss said. "It's more than hair, It's really a great feeling. I am really, really grateful."