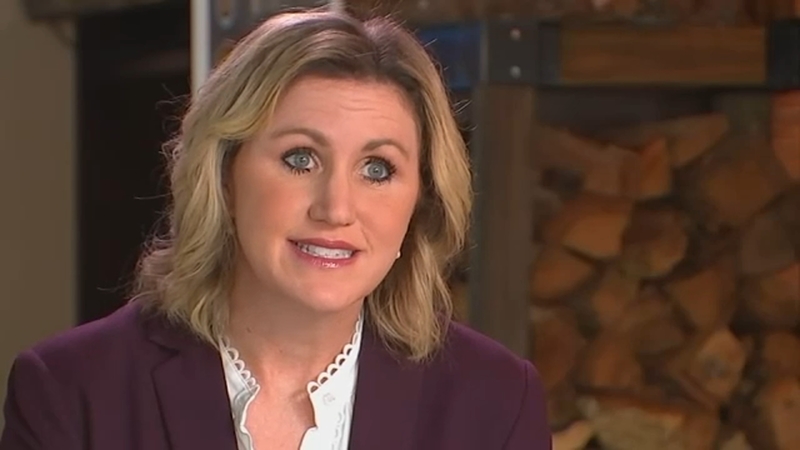 CARY, N.C. (WTVD) -- She has been deployed to Iraq and Afghanistan, but now Marjorie K. Eastman wants to serve in Washington, D.C.

"What's the business of the U.S. Senate? They need to make good decisions. That's why we need to send people who are battle-tested," Eastman told ABC11 in a one-on-one interview. "I am not beholden to anyone. I am beholden to the North Carolina voter because I don't owe any party bosses, and I don't owe any wealthy donors. I am brand new to the political scene."

Indeed, Eastman is new to the political scene and relatively new to North Carolina, having only moved here four years ago with her husband, also a veteran, and a 9-year-old son. The former intelligence officer and commander, however, first arrived in North Carolina on assignment to Fort Bragg.

"I believe North Carolina has a purpose: that we are First in Freedom, and we should be the North Star for our nation's bright future," she said. "As far as what's going on in our economy right now, we need to forge a path beyond the pandemic and move forward and have consistent, pragmatic decisions and leaders. Not career politicians who make decisions based on opinion polls and getting re-elected."

Her opponents in the race for the Republican nomination for U.S. Senate have all spent time in either state or federal government: former Gov. Pat McCrory, former Congressman Mark Walker, and current Congressman Ted Budd.

Asked about why she would start a political career in what could be the most expensive Senate race in U.S. history, Eastman answered, "I'm always a soldier at heart and a soldier runs toward the fight, and right now the battle for this country is in the Senate where we are deadlocked and we are about to tip."

According to Eastman, the U.S. pullout from Afghanistan was her breaking point and a key motivating factor for filing.

"As the only candidate who strapped those boots on and stood in a combat zone, I have a very unique perspective for the cost of war and decisions we need to make to ensure we have peace through strength," she explained. "This is what it comes down to: this is why elections matter. You have to vote for people who are going to make the best decisions matter. Not decisions to get re-elected."

President Donald Trump has twice endorsed Ted Budd in the race. Eastman said that is well within the President's right, while she hopes to emulate Virginia's new Republican Gov. Glenn Youngkin.

The Republican National Committee, meanwhile, may have deepened the divide, if not anxiety, among some Republicans when it censured Rep. Adam Kinzinger, R-Illinois, and Rep. Liz Cheney, R-Wyoming, while referring to the Jan. 6 riot as "legitimate political discourse."

"I've been reading all those headlines too about what took place in Utah," Eastman said. "And this is what I think, and same for NC voters: we don't care what party insiders are doing because it's all a distraction. It's all noise and distraction to what we need to focus on. We need to focus on the mission of getting us out of the pandemic, and we're not focusing on our children and gaining momentum to get us good laws and a free government to make sure we're moving forward and we don't lose a generation."