The gunman opened fire shortly after entering a dance hall, where people had been celebrating the Lunar New Year, police said.

MONTEREY PARK, Calif. -- The suspected gunman that killed 10 people and wounded at least 10 others in a mass shooting at a dance studio in Monterey Park, California, Saturday has been identifed, according to police.

Police said Tran was found dead from a self-inflicted gunshot wound after law enforcement zeroed in on a white cargo van that was believed to have been connected to the shooting suspect.

Los Angeles County Sheriff Robert Luna did not have the exact ages of the victims but said they all appeared to be over 50 and said no other suspects were at large.

Speaking at an evening news conference, he added that the motive remained unclear for the attack, which wounded 10 more. Seven of the wounded people remained in the hospital, he said.

About 20 to 30 minutes after the first attack, the gunman entered the Lai Lai Ballroom in nearby Alhambra. But people wrested the weapon away from him before he fled, according to Luna.

The sheriff added that the suspect was carrying what he described as a semi-automatic pistol with an extended magazine, and a second handgun was discovered in the van where Tran was found dead.

Live aerial footage shows the van sandwiched between two police armored vehicles as a SWAT team surrounded the vehicle, with the suspect believed to be inside.

"We believe there is a person inside of that vehicle. We don't know their condition, but we're going to handle that in the safest manner that we possibly can to try and identify that person," Monterey Park Police Chief Scott Wiese said during a press conference before Tran was identified. "Could it be our suspect? Possibly."

In addition to the armored police vehicles, the van was surrounded by numerous police officers, including SWAT members, many with their guns drawn and trained on the van.

At one point, SWAT officers approached the vehicle and entered. That's when Tran's body was found in the driver's seat.

The standoff in Torrance came as the sheriff's department released surveillance images of the homicide suspect, saying he was wearing a beanie cap and glasses and is about 5-foot-10 and 150 pounds.

L.A. County Sheriff Robert Luna said the suspect fled the scene and remains outstanding. A motive has not been determined.

Monterey Park is a small community of approximately 61,000 people, and it's a predominantly Asian community.

"We're going to use every resource available to us because we need to get this person off the street," Luna said.

Luna declined to comment on a possible motive, but said, "everything is on the table."

"We don't know that this was a hate crime as described by law," Luna said. "Who walks into a dance hall and guns down 20 people?"

Tony Lai, 35, of Monterey Park was stunned when he came out for his early morning walk to learn that the noises he heard in the night were gunshots.

The deceased victims are five men and five women, officials said in a news conference.

A Lunar New Year celebration was underway nearby, but the shooting did not happen at the festival, authorities said.

When deputies arrived, people were running out of the dance hall, officials said during a news conference.

The motive is not yet known, and it was unclear if the suspect knew the victims. The injured victims were rushed to area hospitals and were in various conditions from stable to critical.

Police in the nearby city of Alhambra were investigating an incident, which also occurred at a dance studio, that might be connected to the shooting, Luna said. In the Alhambra incident, which occurred 17 minutes after the Monterey Park shooting, an Asian man entered the dance studio with a gun, and several people there wrestled the weapon away from him before he fled the scene. Luna said a white cargo van witnesses spotted at the Alhambra incident is a "vehicle of interest" in the investigation.

The FBI has responded to assist. White House Press Secretary Karine Jean-Pierre tweeted that President Joe Biden was briefed on the shooting.

"Jill and I are praying for those killed and injured in last night's deadly mass shooting in Monterey Park. I'm monitoring this situation closely as it develops, and urge the community to follow guidance from local officials and law enforcement in the hours ahead," Biden said in a statement.

In another statement Sunday afternoon, Biden said, "While there is still much we don't know about the motive in this senseless attack, we do know that many families are grieving tonight, or praying that their loved one will recover from their wounds. Even as we continue searching for answers about this attack, we know how deeply this attack has impacted the AAPI community. Monterey Park is home to one of the largest AAPI communities in America, many of whom were celebrating the Lunar New Year along with loved ones and friends this weekend."

The president added that he has directed his Homeland Security Advisor " to mobilize full federal support to local and state authorities as they continue to respond and investigate this shooting."

"I want to assure the community of Monterey Park and the broader area that we will support you in every way we can," Biden added.

In early alerts sent to Washington, investigators said "they had no idea who the suspect was," Pierre Thomas, ABC News' chief justice correspondent, said on ABC's "This Week."

U.S. Attorney General Merrick Garland has also been briefed on the shooting, according to a statement from the Department of Justice.

The city was hosting the Monterey Park Lunar New Year Festival this weekend, marking the beginning of the Chinese lunar calendar. The annual two-day street festival is widely attended, with previous celebrations drawing as many as 100,000 daily visitors, according to the city. Saturday's events were scheduled to finish at 9 p.m.

The festival has been canceled for Sunday. Anyone with information is urged to call the Los Angeles County Sheriff's Department's Homicide Bureau at (323) 890-5500. If you prefer to provide information anonymously, you may call Crime Stoppers by dialing (800) 222-TIPS (8477).

The tragedy marked not just the fifth mass killing in the U.S. since the start of the year but also the deadliest since May 24, when 21 people were killed in a school in Uvalde, Texas, according to The Associated Press/USA Today database on mass killings in the U.S.

The database also shows that 2022 was also one of the nation's worst years in terms of mass killings, with 42 such attacks - the second-highest number since the creation of the tracker in 2006. The database defines a mass killing as four people killed not including the perpetrator.

The latest violence comes two months after five people were killed at a Colorado Springs nightclub.

Associated Press contributed to this report.

This is a developing story. Check back for updates. 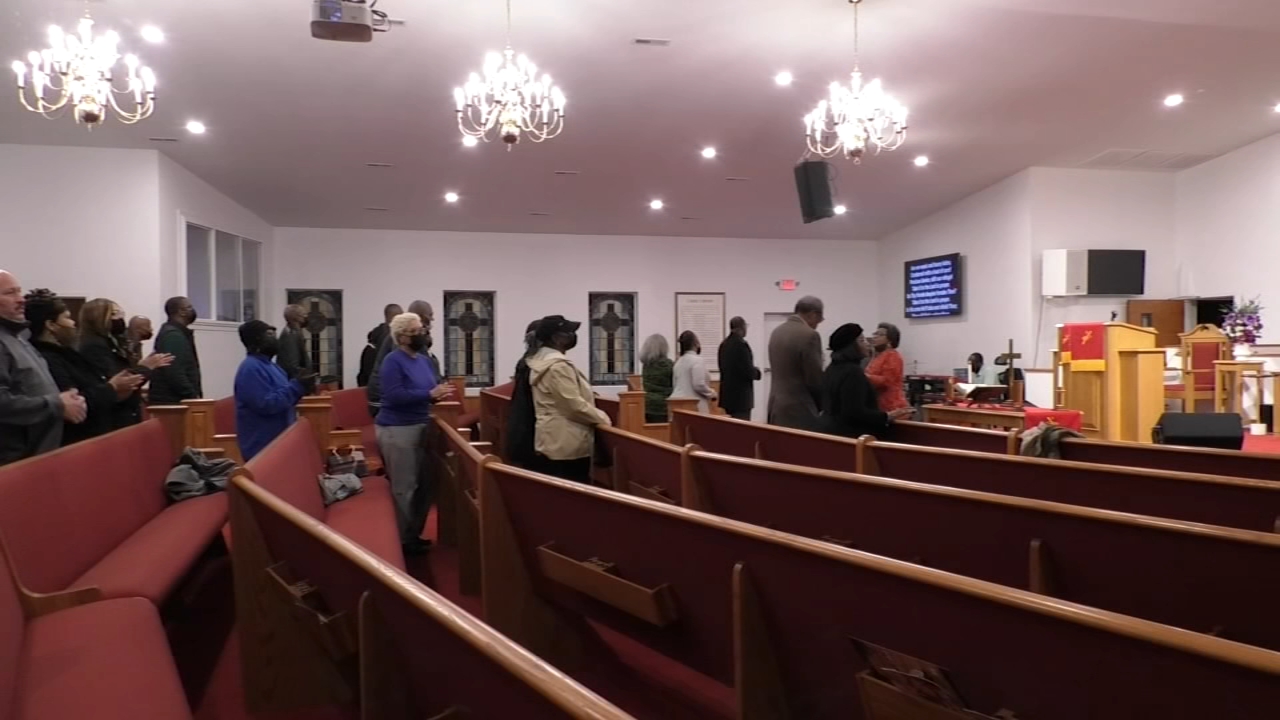