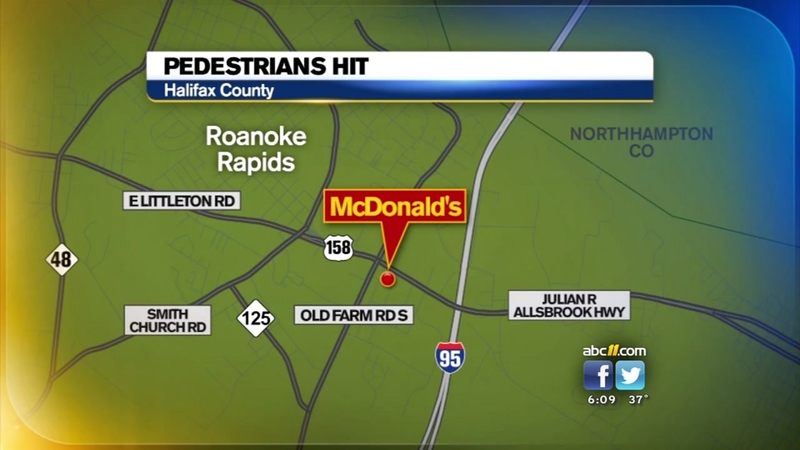 ROANOKE RAPIDS, NC (WTVD) -- Five pedestrians were injured Saturday when a car lost control in a McDonald's parking lot and struck them.

It happened shortly before noon at the fast-food location in the 1500 block of Julian Allsbrook Highway.

Two of the injured were then flown to a trauma center for additional treatment.

A third person was transferred by ground ambulance to a trauma center for further treatment.

Two others have been released from Halifax Regional Medical Center ER.

Police said it appears the driver of the vehicle accelerated and lost control of the car leaving the McDonald's parking lot.

The driver, Karmesha Danielle Bowers, 25, of Garysburg was arrested and charged with having no operators' license, careless/reckless driving and contributing to the delinquency of a minor.

The vehicle that Bowers was driving had two children, ages 6 and 5, who were not restrained. Bowers and the children were not injured in the collision.

Bowers' will have a court appearance April 9.