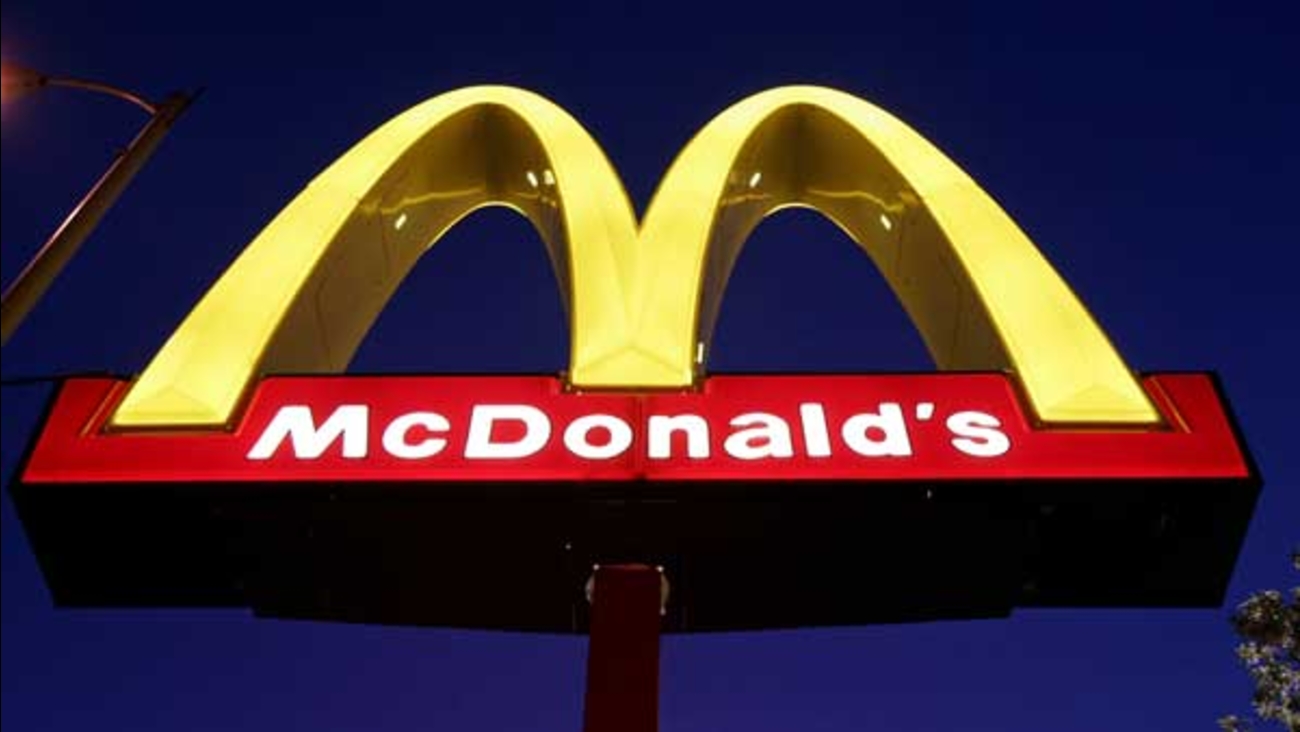 A McDonald's logo is seen lit outside one of the company's restaurants Thursday evening, April 20, 2006, on Chicago's near North Side. (AP Photo/Jeff Roberson)

NEW YORK -- McDonald's and its supplier Tyson Foods say they've cut ties with a chicken farmer after an advocacy group released a video taken with a hidden camera that the group said showed abusive practices at its farm.

The video was released by Mercy for Animals, an animal rights group that says it has released more than 40 similar videos in the past. The footage shows people scooping chickens into a bucket by whacking them with a pole with a spike on the end, and standing on birds' heads to break their necks.

"We're working with Tyson Foods to further investigate this situation and reinforce our expectations around animal health and welfare at the farm level," McDonald's said in a statement.

A phone number for the farm in Tennessee identified by Mercy for Animals could not immediately be located.

Tyson said in its statement that the video doesn't reflect the treatment of chickens by the thousands of farmers that supply it. But Matt Rice, director of investigations for Mercy for Animals, said the group's investigators walk away with images that "shock and horrify" every time they go on site at a farm.

Mercy for Animals is asking McDonald's to adopt a number of animal welfare policies, such as giving chickens more space, ending breeding practices designed to make chickens grow so quickly that they develop health problems, and the installation of video monitoring on farms.

Rice said Mercy for Animals has requested meetings with Tyson, but said the company has declined it requests.