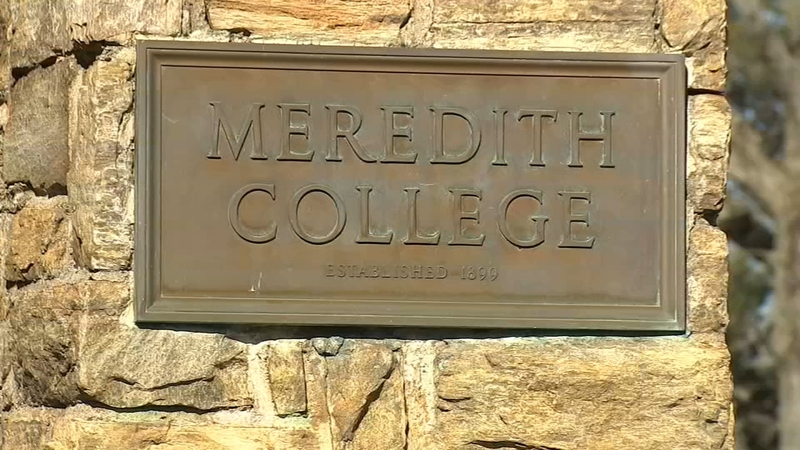 Meredith College is under fire after some students say their racism concerns were not addressed.

Through an advocate in a news conference on Tuesday, they alleged it's larger than just one incident.

But the flame lit up last fall when students claimed Professor Veronique Machelidon used the N-word to reference Black people in a culture course.

Sarah Marshall, an alumna, read statements on Tuesday from the students who heard it.

"I told her that she could use other words to get her point across but she kept gaslighting me saying but I'm not from America," she read.

The students, who wished to remain anonymous, claimed they elevated their concerns to Dean Sarah Roth, who they say did nothing and put the responsibility back on the students to resolve it.

"Dr. Sarah Roth's inability to handle this unacceptable behavior and cultural insensitivity at an institutional level is indeed an act of violence," said Marshall.

ABC11 reached out to the dean and professor for a response but has not yet heard back.

Meredith College leaders say they just learned of the alleged incident this month and are now investigating.

The college released this statement on Tuesday:

Meredith College leadership learned in mid-February about a professor using racially-offensive language in a class during the previous semester. An investigation was immediately launched.

As we continue to investigate what happened, we acknowledge that this incident is hurtful for our students and others in our community. We are clarifying the processes for reporting to leadership to ensure our students feel heard, safe, and supported.

We regret the pain this incident has caused our community and are addressing the situation. Additional details cannot be released about this personnel matter.

Meredith is committed to fostering a diverse, inclusive and respectful community, as evidenced in part by our college-wide anti-racism initiative launched in the summer of 2020.

But students say that's not good enough and now they want change.