Raleigh janitor retires at age of 82; worked with son 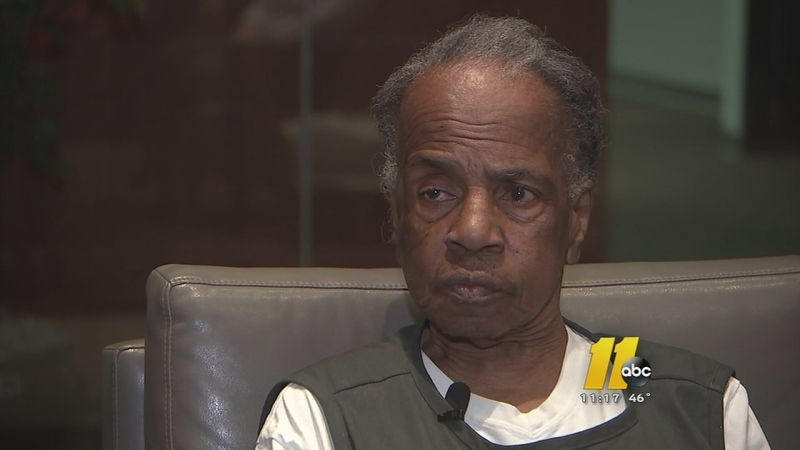 Raleigh janitor retires at age of 82

RALEIGH (WTVD) -- A 40-year mother-son duo will come to an end when 82-year-old Minnie Stewart and 62-year-old Ray Caldwell finish their last custodial shift together at the Wyrick Robbins Law Firm building in north Raleigh.

"The most important thing in life is checking on each other," said Stewart about how she's approached her job over the years.

It's evident through Caldwell's work ethic that he's taken his mother's cue.

Age and ailing health are forcing Stewart to retire. It will mark the first time since 1974 that she hasn't worked with her son. She encouraged him to fill in for her then, when her grandfather died, so she could attend his funeral. Ever since then, the two have worked various janitorial jobs to supplement full-time employment to make ends meet.

"You've got to have a routine. I've learned a long time ago you always stay on the way. You don't miss no trash can unless you get somebody trying to be cute. Mom taught me that," said Caldwell.

Greater than menial tasks, both Caldwell and Stewart say what's mattered more than sparkling windows is creating an environment that allows the human heart to shine.

"We can't pull ourselves in one corner of this world and live. You can get in one corner if you want to, you'll be over there by yourself," said Stewart.

Jorge Goti, of Capital Maintenance, the owner and the boss of the two for the last 25 years, counts them among the most dedicated and inspirational employees.

In addition to working hard, Caldwell said his mother taught him how to be a family man, save money and make sacrifices. He used his earnings from cleaning to put his daughter through UNC-Chapel Hill and his son through North Carolina A&T University.

Caldwell retired several years ago from a full-time job with the City of Raleigh. Once his mother retires, he says he'll have a new way to spend time.

"That's what I plan to do, is to look after her. In fact, that's my day job now is looking after her."

This Friday is Minnie's last day on the job.