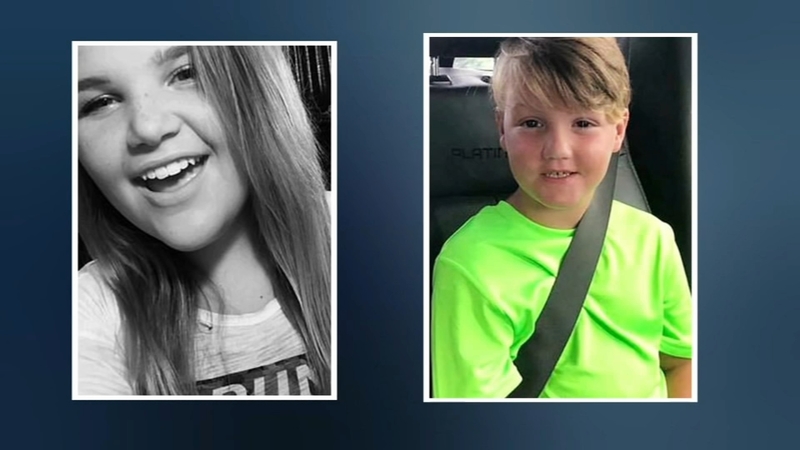 NEW YORK -- The mom of two children missing since September failed to meet a court-ordered deadline to bring the kids to authorities in Idaho on Thursday.

That clears the way for a judge to potentially hold Lori Vallow in contempt of court, a legal move that could allow prosecutors to seek to have her extradited from Hawaii to Idaho to face charges.

Seven-year-old Joshua "JJ" Vallow and 17-year-old Tylee Ryan haven't been seen since late September, and police in Rexburg, Idaho, have said they "strongly believe that Joshua and Tylee's lives are in danger."

"The only word coming to mind right now is 'monster,'" Kay Woodcock, JJ's grandmother, said during a press conference Thursday evening. "All this has just been very disheartening ... I'm a lot less optimistic at the moment."

The tangled case spans multiple states and includes investigations into three separate deaths: Lori Vallow's estranged husband, Charles Vallow, was shot and killed in Phoenix in July by Lori's brother, Alex Cox. Cox, who claimed the shooting was in self-defense, died of unknown causes in December.

The test results on Tammy Daybell's remains and on Alex Cox have not yet been released.

The case also involves rumors of a cult - Lori Vallow reportedly believes she is "a god assigned to carry out the work of the 144,000 at Christ's second coming in July 2020," according to divorce documents Charles Vallow filed before his death. Chad Daybell has written several apocalyptic novels based loosely on Mormon religious theology. Both were involved in a group that promotes preparedness for the biblical end-times.

Police questioned Daybell and Vallow about the missing kids in late November, and the couple left town before police returned the next day. On Saturday, they were stopped by investigators in Hawaii, served with the order to produce the kids, and then searched.

Phone numbers could not be found for Chad Daybell and Lori Vallow.

Vallow and Daybell are still in Hawaii, Woodcock said.

"I was informed that they're still probably sunning on the beach somewhere while we're sitting here wondering where the kids are," she said.

A contempt of court charge is generally a misdemeanor under Idaho law, with a penalty of just five days in jail and a $5,000 fine. But Kay Woodcock said authorities told her it could be used to seek Lori Vallow's extradition.

"We now know that there's some recourse that can happen after this," she said. "They're going to make her accountable to law enforcement."

Thomas "Tad" DiBiase, a former homicide prosecutor in Washington, D.C., said the order to produce the children is good strategy if prosecutors are looking to build a criminal case. DiBiase consults with law enforcement agencies on "no body" murder cases.

"It's actually very clever, because it forces the parent's hand," DiBiase said Thursday. "Parents who have not done something to their kids are not going to violate a court order, so in that sense it's powerful."

Bringing missing persons cases to court can be difficult because, without a body, prosecutors are missing their best piece of evidence, DiBiase said.

When the potential victims are kids, however, it's easier to bring a case without a body, he said.

"A 7-year-old is not likely to walk away on their own, never to be found again," he said.

It could be some time, however, before the public knows exactly what is going to happen next in the case. Child protection cases in Idaho are sealed, and the Madison County prosecutor had to get special permission from a judge just to reveal that Vallow had been legally ordered to produce her children.

"We are grateful for the concern and attention being shown regarding the location, health and safety of Tylee Ryan and J.J. Vallow," Madison County Prosecutor Rob Wood said in a prepared statement released Wednesday evening. "In the event that information comes forward that would be important for the public to know, we will inquire of the court as to whether that information can be shared."

Wood also asked anyone with information about the kids to come forward.

"We hope and pray that the children will be produced or found and that they are safe and healthy," he said.

Kay and Larry Woodcock have offered a $20,000 reward for information leading to the children's discovery.

"I can't say for sure what's going to happen next other than to say I hope it's something that will get her attention, because I would love to know where those kids are," Kay Woodcock said. "I think all America wants to know where they are."
Report a correction or typo
Related topics:
idahohawaiimissing childrenu.s. & world
Copyright © 2022 by The Associated Press. All Rights Reserved.
TOP STORIES
Residents regroup after wild storms cause damage across the region
Durham police investigate fatal shooting, crash along NC 55
'We sinned': Southern Baptist leaders react to report on sexual abuse
Congresswoman announces $3M for strollway between Chavis, Dix parks
Johnny Depp, Amber Heard trial: Kate Moss expected to testify
NFL QB Dwayne Haskins legally drunk when he was hit, autopsy shows
Duke pediatrician warns about baby formula shortage impact
Show More
Homeless veterans get an assist from Durham's Rotary Club
Truck slams into NC woman's new home
Supreme Court ruling results in 'tragic loss' for death row inmates
Shelf cloud seen in Raleigh ahead of line of storms
New NC flood monitoring system ready for next big storm
More TOP STORIES News