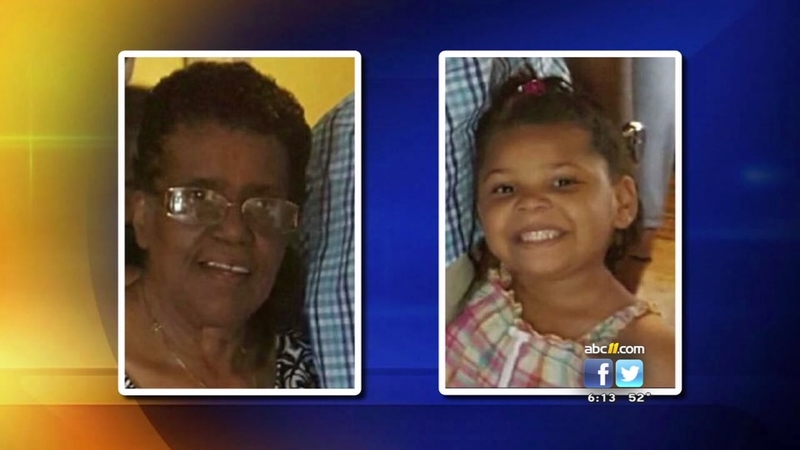 A New Jersey woman and her great grand-daughter who went off the grid for four days while traveling to North Carolina from New Jersey, have been reunited with family.

They were found in a secluded area a mile away from a country road. The pair was sitting by a tree. Briley was unconscious and the little girl was by her side.

The two had been missing for four days. Nobody could get a hold of them and their family has been living in anguish.

"Our prayers have been answered," said Briley's niece, Ginger Bittle.

Relatives tell ABC111 they are appreciative of the public's help.

"We're just very grateful for those that were willing and did come out and help us search for our loved ones," Bittle said.

A hunter made the discovery while trekking through the heavily wooded area in Dinwiddie.

"Fortunately, today he took a path that goes further back in the woods," said Dinwiddie County Maj. William Knott.

The two were found in a wooded area in Virginia.

Family said Briley had a cell phone, but it is unclear why she didn't call someone for help.

Briley and the child set out Christmas Eve for North Carolina from their home in New Jersey. At some point, the 71-year-old lost her way.

She stopped at a gas station in Central Virginia and asked for directions.

The two were eventually found 70 miles south of that gas station off of Interstate 85.

Authorities believe Briley pulled onto a dirt road, drove over a small tree and got stuck. Police think they were stranded there the whole time and surviving on snacks packed for the holiday road trip.

"There was some apple juice boxes, some apples, and some other items," said Knott.

Barbara Briley was flown by State Police Med-Flight helicopter to VCU Medical Center in Richmond, Va., for treatment. She is listed in serious condition.

The little girl is OK and staying with family.

Briley used to be a transit driver and has done this road trip from New Jersey before without problems. The family says they're not aware she has any medical conditions.