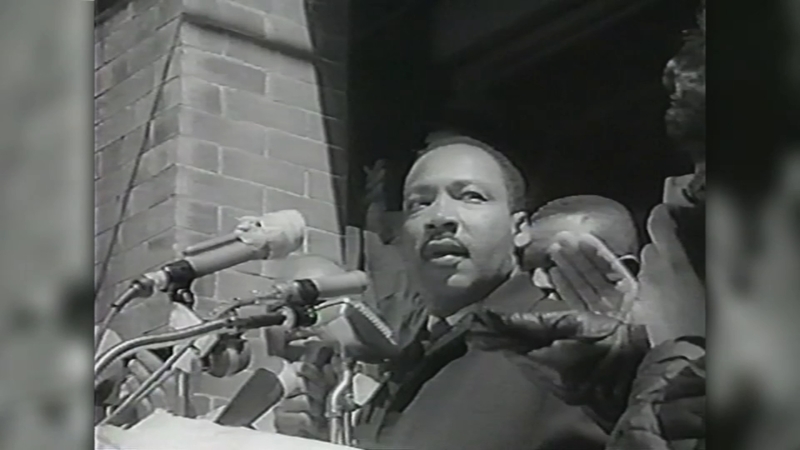 DURHAM, N.C. (WTVD) -- We see the images every year on the third Monday of January: Dr. Martin Luther King, Jr. in mostly black and white footage from the 1950s and 1960s, marching for civil rights with other brave activists who opposed Jim Crow laws. But those now familiar images online and on the air only tell part of his story, said Durham-based writer and law professor Nareissa Smith.

"Dr. King spoke about voting rights, he spoke about job discrimination, he spoke about police brutality, things that are just as important in 2022 as they were in 1963," she said, referencing issues he cited during his famous speech delivered during the March on Washington.

Smith wants to raise awareness beyond the often quoted portions of Dr. King's "I Have a Dream" address during a free virtual class on the evening of the holiday named for him. She calls it "The Dr. Martin Luther King You Didn't Know."

When asked why his legacy is not always portrayed accurately. Smith said, "As Americans, unfortunately, we get to a point where we like to reduce great people to one accomplishment or one quote. And people are far more complex than that. And it goes to show, in opposition to what people are saying, that we need to have a more robust history curriculum."

The class, hosted by Varsity Tutors, will focus on little known facts as well as the powerful words and courageous action by Dr. King that changed America. Some of the information may surprise those who attend virtually.

"He struggled with the divinity of Christ and all of these other issues. He said, 'I'm a man of science! How can I reconcile that with faith?' When he started out at Morehouse College he was a sociology major," said Smith. "He was not a great student, he was just okay. His worst class, believe it or not, was public speaking!"