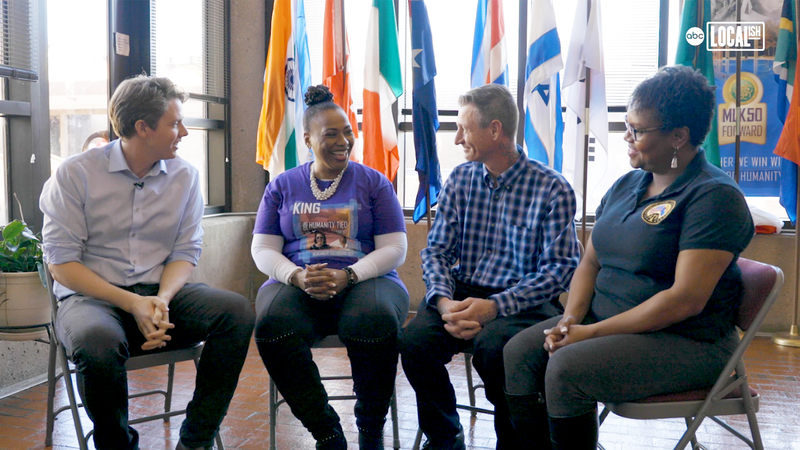 Colorado resident Michael Kent sat down at a tattoo parlor in Colorado Springs to have his swastikas covered up.

Kent, a former neo-Nazi, credits an African-American parole officer named Tiffany Whittier with helping him to see beyond skin color and changing his views about white supremacy.


"If it wasn't for her I would have seeped back into it," said Kent. "I look at her as family."

Whittier, 45, even inspired Kent, 38, to take down the Nazi flags he had hanging in his living room and replace them with smiley faces.

"I'm not here to judge him. That's not my job to judge. My job is to be that positive person in someone's life," Whittier said.


Added Kent, "When you wake up and see a smiley face, you're going to go to work and you're going to smile."
Now, through the unwavering compassion of his probation officer, this former neo-Nazi transformed his life and spent MLK day with Dr. King's daughter Dr. Bernice King, in remembrance and solidarity for the equality of all people, regardless of race, sexual orientation, or gender.