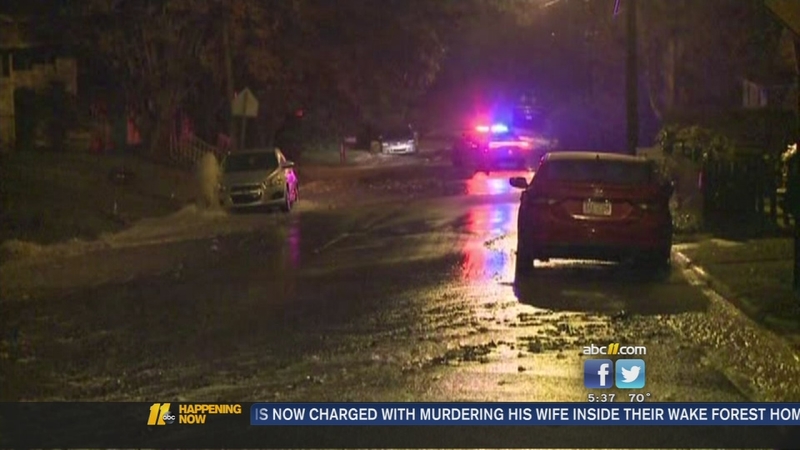 "I was lucky I took a shower last night. So I was good for today," said Juanita Noah who lives on Moline Street off South Roxboro Road.

Noah's daughter wasn't as lucky. Her vehicle was parked on the street and nearly swept away after a water main break sent water rushing down the road.

"When she left to go to work, the car was making noises," explained Noah. "She's really concerned because she has two small children, trying to work and take care of her family."

The exact cause of the water main breaks is under investigation, but officials say aging pipes in older neighborhoods could be to blame. The changing temperatures that come with the fall season may also be a factor.

Crews will spend the next 18 months replacing aging water lines in the downtown area. Repairs and pipe replacement for Durham's Central Park neighborhood and the American Tobacco District are in the design phase.

"The Downtown Loop, American Tobacco, and Central Park projects are replacing approximately 10 miles of pipe for a cost of approximately $28 million at today's bid prices," explained Bryant Green with Durham Water Management in an email.

Green added, "There are approximately 504 miles of waterline in the City installed before 1970, so it would likely not be practical to replace every foot of the older pipe."

With the help of smartphones and tablets, work crews monitor 12,000 hydrants and 30,000 valves in the city to identify what areas need the most attention. Water lines with frequent breaks get priority.

"The newer technology helps us to track those things and identify them," said Brogden.