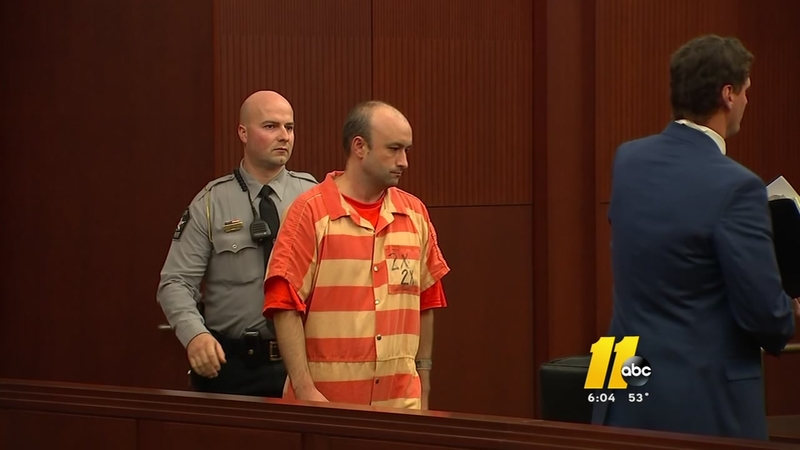 "It's like what was he doing in a school? How did they not know that?" asked one student who lives near Smith.

The warrants, which initially were requested in early November say the first incident happened while a female student who was 13 at the time was attending MSR.

Smith, who was 28 at the time, allegedly began flirting with the student. The warrants state at the beginning of the 2011-2012 school year, Smith claims he and the student had a consensual relationship where both would have sex "on a regular basis" and even kissed on school property.

The warrant also stated Smith and the girl would have sex at the homes of her mother and father.

"A girl of that age to have these things done to her ... it's just disgusting," said Cassidy Greening, who lives near Smith and went to the same church as him. "You're a child until the age of 18 and no matter who says different, that's the law. And for something like this to have happened ... at her own home, at her own school; these places where there's supposed to be love, trust, confidence going around. And for something like this to happen, that's just disgusting."

During the 2015-2016 school year, Smith was involved with another student according to the documents: "Mr. Nicholas Smith would touch (victim 1) on her hips, thighs, and breast as well as engage in non-academic conversations," the warrants read.

The document also alleged the instances would take place on school property, with the exception of a school field trip for a cooking class to a Raleigh Harris Teeter when Smith allegedly groped the student's breasts.

Smith's actions came to a halt when he "attempted to communicate" via the social media app Snapchat. The student rejected Smith's advances and told her parents only about the Snapchat incident.

Her parents eventually withdrew her from the school, stating they were "unable to have closure on the actions that were known by them at the time."

A former Montessori School of Raleigh facing serious charges with 2 students at the school, lives just steps away from a playground. Hear what his neighbors have to say tonight at 6. #ABC11 pic.twitter.com/5t0t5CrSdr

"It's just terrifying ... to know somebody in church in a Christian situation where you believe their morals and their faith is a certain kind of way," a tearful Greening said. "To have that kind of activity going on so close to home is unsettling. It's scary. I hope that everybody is made aware and can forgive him eventually. Hopefully, he'll get the justice he deserves."

ABC11 witnessed two school buses drop off students off Friday afternoon near Smith's home in the 1700 block of Longstreet Drive in Raleigh.

"I have three girls and I wouldn't want any pervert living there. It's a playground right there. And little kids play all the time," said one neighbor. "And it's just not a safe situation by a pervert living there. Be careful. I mean right now, it's safe, but when he gets out, that's a different story."