No injuries after Amtrak train collides into car in Morrisville, officials say 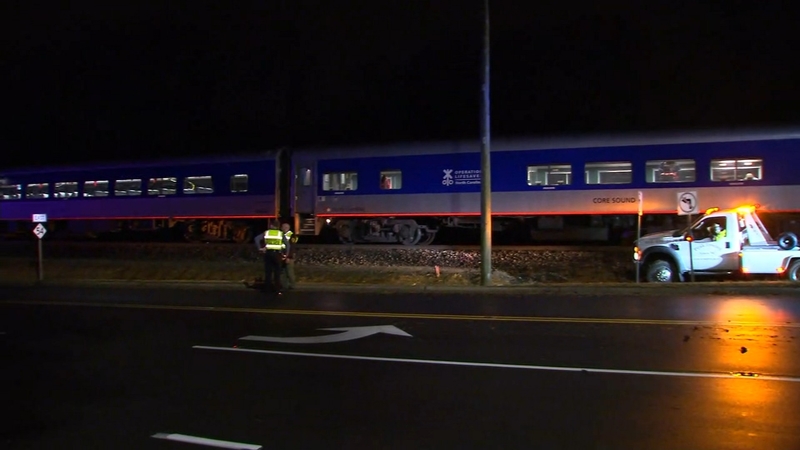 No injuries after Amtrak train collides into car in Morrisville

MORRSIVILLE, N.C. (WTVD) -- Crews are on scene after an Amtrak train hit a vehicle stuck along the tracks in Morrisville on Saturday night.

The incident happened sometime around 10 p.m. at the intersection of Aviation Parkway and Chapel Hill Road.

Morrisville police said the vehicle was traveling on Aviation Parkway and attempted to turn onto Chapel Hill Road when the driver turned onto the tracks. The driver noticed their mistake and immediately fled their vehicle when they noticed their car was stuck when the crossing signals came down.

Officials said there confirmed there no injuries during the incident.

Two passengers on board the train tell ABC11 they did not feel the impact of the crash.

Crews remain on scene to direct traffic as the Amtrak train gets back up and running.

There are no charges at this time.

A train collided w: a stuck vehicle near Aviation Parkway in Morrisville. Occupants escaped vehicle before impact. No injuries. No charges at this time. Train should be back running in next half hour. Morrisville PD directing traffic near Aviation PKY/Chapel Hill Rd. @ABC11_WTVD pic.twitter.com/zuBG9iP2qO