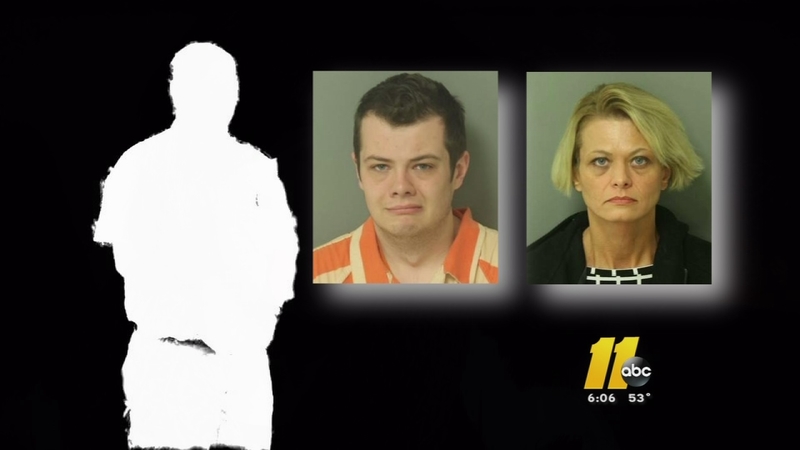 RALEIGH (WTVD) -- Search warrants reveal new details and a possible motive in an alleged murder plot involving a Raleigh mother and her son.

That Raleigh mom, Tammy Franklin, 45, and her son Steven, 23, are charged with felony conspiracy. Wake County deputies accuse them of plotting to murder Tammy's husband and Steven's father Donald Franklin.

According to the warrants, Tammy Franklin took out a $1 million life insurance policy on Donald Franklin that took effect in August. The Wake County Sheriff's Office began investigating the case on Oct. 31 at the family's $700,000 home in northern Wake County.

The search warrants also claim Donald Franklin recently discovered his paycheck had been routed into a bank account he could not access. Investigators claim his wife admitted she had his paycheck put into that account she had opened.

But Tammy Franklin's daughter Savannah, who has been defending her mother, said there's an explanation for that.

Documents also reveal new details on the alleged murder attempt. Donald Franklin claim his son lured him to second floor of their garage to get a box of tools. He told investigators as he carried the tools down the stairs, his son Steven pushed him, and that a spiked rake had been placed at the bottom.

Donald Franklin said he was able to catch himself, and that's when his son started stabbing him with a paring knife and yelling, "You won't get away from me this time."

The warrants also said that during the investigation, Donald Franklin began to recall incidents that he believed might have something to do with the murder plot. He said on one occasion, he was getting ready to leave for work, and his son came up behind him with a belt looped like a noose. He told investigators his wife said, "Not now, Steven. Let's take him to work."

But after reading all the information in the warrants, Savannah Franklin told ABC11 she doesn't believe her mother and brother were plotting murder.

"I understand why they are suspecting things but I still don't believe that my brother and mom would be trying to conspire to kill my dad. I can't see it 'cause my brother's such a bright person. He has such a big future ahead of him. I can't see him messing that up over something as stupid as this," she said.

Savannah Franklin has accused her father of physical and sexual abuse. She said she believes he made the murder plot up.

"My father, he has always abused me, my mom, and my brother verbally, physically and sexually, all of it," she said.

ABC11 has made repeated attempts to get Donald Franklin's side of the story, but we have been unable to reach him.