2 Nash County deputies and suspect injured in I-95 shooting 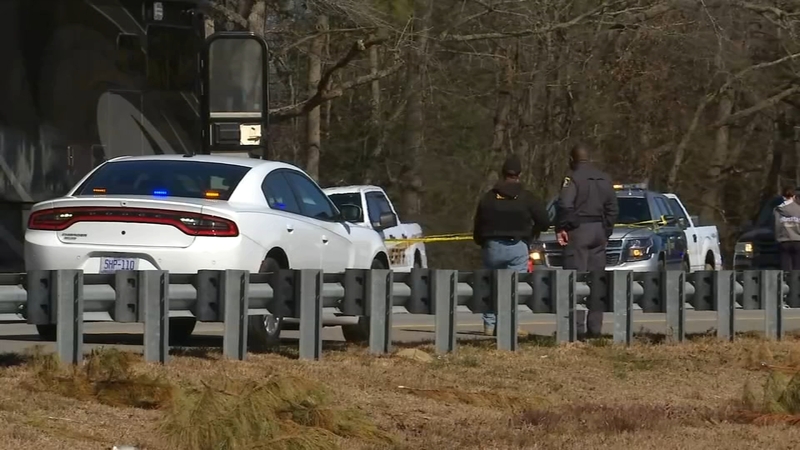 NASH COUNTY, N.C. (WTVD) -- A Nash County deputy was shot multiple times when a driver opened fire after a traffic stop along Interstate 95 on Thursday morning.

Nash County officials told ABC11 that one deputy who was admitted to the hospital was in stable condition on Friday morning.

It happened between 9 a.m. and 9 30 a.m. near Exit 145 just north of Rocky Mount. The road was shut down and was closed for hours before reopening late Thursday afternoon.

Stone said that after a second deputy, William Toney, arrived at the scene, "Mr. Ford brandished a firearm, pulled it from his body" and began to fire at Toney, striking him multiple times.

Both Toney and Ford were taken to Vidant Medical Center in Greenville. Stone said both had to undergo surgery. He said Toney was stable but did not know his exact condition.

We would like to take this opportunity to pass on some great news! Deputy William Toney wants to say “Hi!” Deputy Toney is doing great...so great that if everything goes well, he is expected to be released in the next few days. We thank everyone for all their support. pic.twitter.com/ThqQ8LMamU

Stone said the deputies survived "because"they were in God's hands." He said that, coupled with the "good training" these officers had, was what allowed them to survive the harrowing close-range encounter.

"This man had all intent of killing one of the people that protect you every day," Stone said.

The real concern here to me is, Mr. Ford, and I will share this with you, the lengthy criminal record ranging from strangulation, to habitual driving without drivers license, to drug trafficking, to possession of firearms, just to name a few, to aggravated assault with a firearm," Stone said. "It is alarming to me that these type of individuals are out roaming the streets. It's concerning."

Stone said he believed Toney was shot at least three times, twice in the upper body and one in the lower. Toney, a K-9 handler, was wearing a protective vest, Stone said. His police dog had remained in the vehicle and was unharmed. Toney has been with the sheriff's office for a little more than six years, Stone said.

Two Nash County deputies were injured in a shooting along Interstate 95 on Thursday morning.

Stone said he had spoken to Toney and that he was in "high spirits." Toney is in stable condition at the hospital.