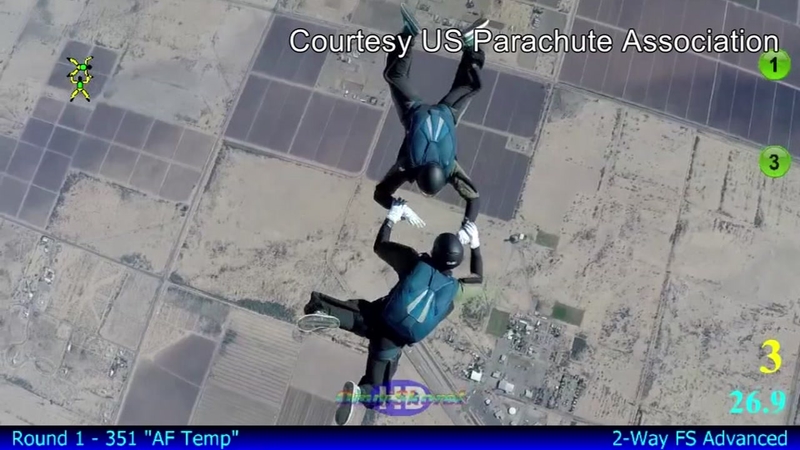 Ferguson competed at the 2018 U.S. Parachute Association National Collegiate Parachuting Championships near Phoenix, Ariz. The event is billed as the oldest and biggest collegiate skydiving event in the world.

Ferguson and his teammate jumped from a plane flying at an altitude of about 10,500 feet and raced against the clock to form geometric formations in freefall before opening their parachutes.