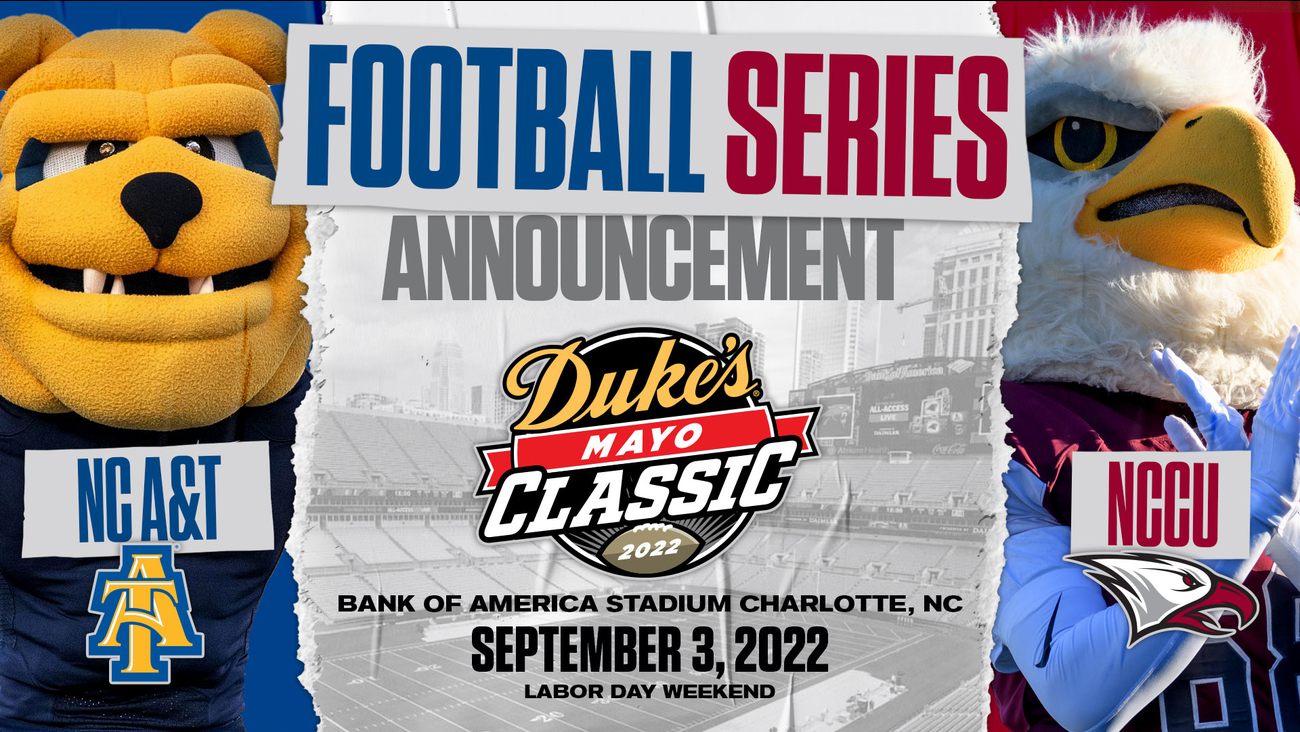 CHARLOTTE, N.C. (WTVD) -- North Carolina Central and rival North Carolina A&T State will open the 2022 and 2027 football seasons in the Duke's Mayo Classic in Charlotte, it was announced Tuesday.

The Charlotte Sports Foundation released the news. The exact dates and times have not yet been released.

"We are very proud to bring the storied rivalry of NC A&T and NC Central to Charlotte in 2022 and 2027 for the Duke's Mayo Classic," said Danny Morrison, Executive Director of the Charlotte Sports Foundation. "Hosting such a longstanding rivalry between two HBCU schools is an honor and privilege for CSF, our partners, and the city of Charlotte. We look forward to working with 100 Black Men of Charlotte and the Leon Frank Agency to impact the community through new initiatives and events around the games. We are excited to welcome Aggies and Eagles fans to the Queen City for great fun and football to kick off the 2022 and 2027 seasons."

Next year's game will be the third time that the 97-year rivalry has been played in Charlotte and just the second time since 1990.

"We are thrilled about this opportunity to compete in Charlotte at Bank of America Stadium," said NCCU Director of Athletics Dr. Ingrid Wicker McCree. "This will be a fantastic experience for our student-athletes, students, university community and fans. We have a solid alumni and fan base in the greater Charlotte area and we are excited about bringing this game to their backyard. We want to thank the team from Charlotte Sports Foundation for hosting this event for these two great institutions."

Tepper Sports & Entertainment said in a release that it is "thrilled" to host this rivalry at Bank of America Stadium.