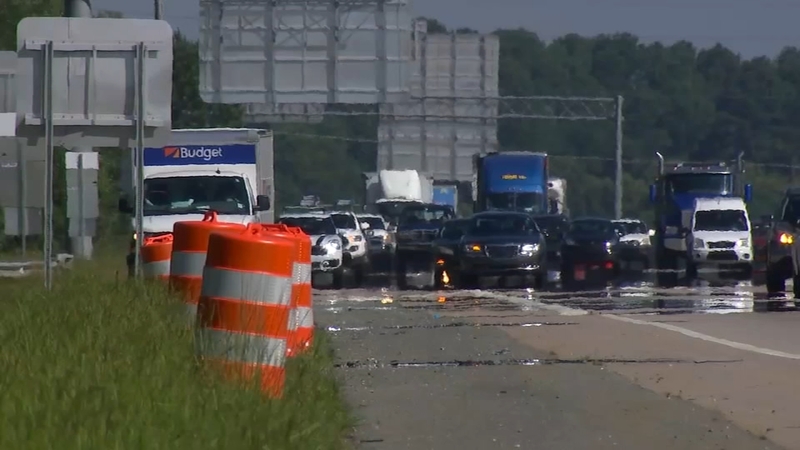 The trash is there, in plain sight along the side of I-40 and other highways in North Carolina. It's not a good look for a region that markets itself as attractive to newcomers.

So ABC11 reached out to the NC Department of Transportation for answers, and we learned that they are aware of how the litter looks as drivers whiz past. That led to a response from DOT spokesman Steve Abbott who wrote and shared it with us:

"We have taken some huge economic hits recently. Because almost all of our funding comes from gas tax and DMV revenue COVID-19, we lost $300 million over April, May and June and early estimates for July 2020 thru June 2021 is another lost $500-600 million. Add more than $400 million spent for major weather events the past few years, and we have had to severely tighten the road maintenance budget for now.

"It means we are concentrating on safety maintenance first, such as potholes, damaged guard rails, lane striping in certain areas, sign repairs, shoulder repairs, etc. and of course storm response for possible flooding, hurricanes and winter weather when they come.

"In regard to mowing, the focus is on areas where tall vegetation causes a sight issue for drivers, like where someone is trying to pull out onto another road. Those are addressed as soon as possible."

"But on straightaway stretches and in medians on interstates or other divided highways with interstate-style exits, where tall grass is unsightly, but is not a safety factor, we will not be mowing as much. The department will mow interstate and primary highways first followed by our secondary roads. In past years, our road system has been mowed five to six cycles per year. This year it will be three. One is already underway, starting with the major roads and then going to secondary roads. And as we have done in recent years, the mowing and litter cleanup is done in conjunction with each other."

"It is frustrating for us, but we have to treat the current conditions like a homeowner might with their budget. You may have plans to make home improvements like replace a roof, or add a porch, or to buy a new car or a major appliance. But if suddenly your budget takes a major hit, you have to reprioritize those plans and determine what would be the most needed expenses and what will you have to wait for a while to take care of because of your budget. For us, it will always be safety first, hence how the situation is now being handled."