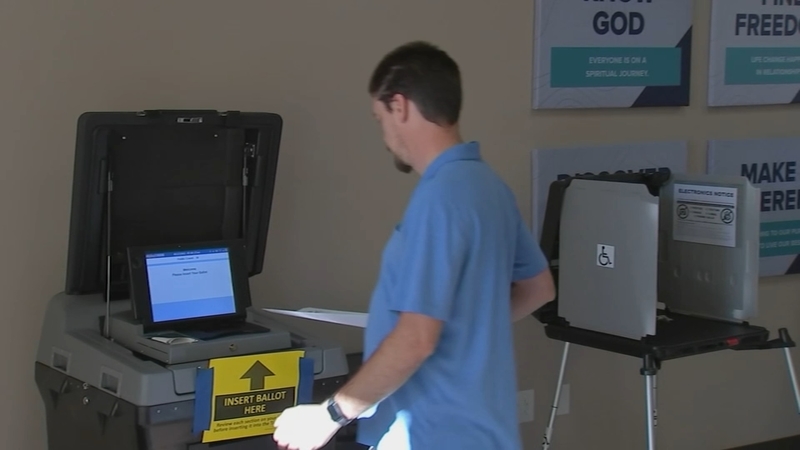 RALEIGH, N.C. (WTVD) -- David McLennan is a professor of political science at Meredith College and director of the Meredith Poll. His take on Tuesday's primary outcomes:

"We saw the US Senate race, Ted Budd was expected to win and was a pretty good margin. But we also saw Madison Cawthorn lose. And so if you look at what's common between those two is both were Trump endorsees. The other thing that sort of surprised me was how much money was spent in a primary election. We saw not only candidates spending lots of money. Your Senate race was one example. But outside groups came in with a lot of money. And that's typically not the norm in primary elections. They saved from general election. And I think that money had some influence."

He predicted more big spending on ads as the general election approaches:

"Oh, yeah, I think both with the US Senate race, but also other races like the Supreme Court race. They didn't get a lot of notoriety during the primary season, but we'll see that the inexpensive race to congressional races, even some key legislative races are going to be very expensive races."

On predictions by pundits that North Carolina's U.S. Senate race will be the most expensive contest ever:

"The last few Senate races in North Carolina have broken records. And so would I be surprised if it broke another record, though? I wouldn't. Just because the control of the Senate is in play. So if Democrats pick up a seat, they could potentially keep the Senate. If Republicans keep the seat, that can help them take the chance. So when those kinds of things are in play, you see money just flowing in, and we'll see that."

He says the pending runoff status of the Wake County Sheriff's contest was not a surprise:

"Only because of the number of candidates. I mean, this is a relatively low-profile race for many voters. And I think they were left not knowing that much about any of the candidates. So we saw their votes spread around. So again, in a down-ballot race, we see a lot of candidates, you're more likely to see a runoff and I think that's we're seeing."
Report a correction or typo
Related topics:
politicsraleighprimary electionvotingnc primary
Copyright © 2022 WTVD-TV. All Rights Reserved.
TOP STORIES
Durham's East End Connector opens after construction delays
Local fans, survivors speak on R. Kelly's 30 year prison sentence
Transgender woman says she was denied job at a NC Catholic school
NC hemp industry gets reprieve, as legislation gets final OK
New UNC Health program addresses support trans community
Disagreements mount as NC lawmakers discuss budget
As Monkeypox cases continue to spread NC waits for additional vaccines
Show More
Raleigh fireworks new view will bring different feel: Mayor
4 charged in deaths of 53 migrants in trailer in San Antonio, DOJ says
1 injured in Durham shooting
NC Democrats respond to Roe v Wade decision
Durham tackles mental health crises in new ways with 'HEARTS' program
More TOP STORIES News