The time is now for Wolfpack: 'Clemson is here' 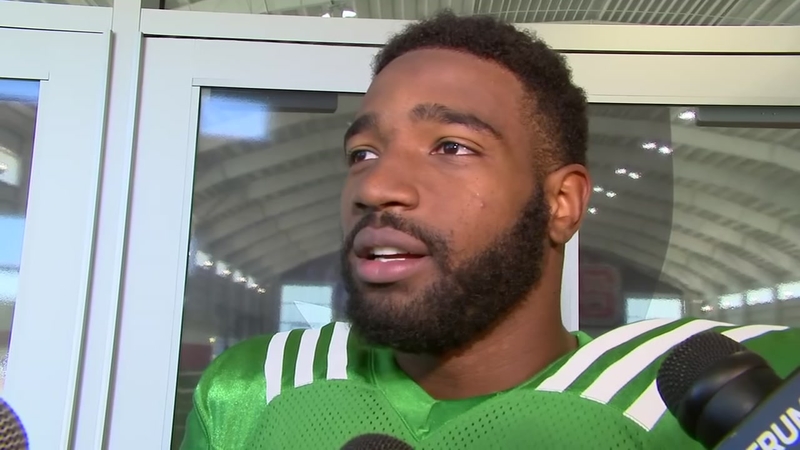 RALEIGH, North Carolina (WTVD) -- It's been more than a year since the NC State football team lost a heartbreaker at Clemson, 24-17 in overtime.

The Wolfpack had a chance to win the game in regulation, but Kyle Bambard's 33-yard field goal sailed right, no good. The Wolfpack went on to lose in overtime.

The Wolfpack lost the next four games before rebounding to win three of their last four games.

Now we come to the first weekend of November. The Pack is 6-2 overall, 4-0 in the conference, and will play Clemson, at home, for first place of the Atlantic Division this Saturday.

As the Kenny Loggins' song goes, "This is it." The time is now for the NC State Wolfpack to take that next step and finish.

"It's been back of my head since the end of last year, kind of sort a revenge game," said Jaylen Samuels, NC State's all-purpose player.

The Wolfpack players talked about this Clemson game in fall camp, wanting a chance to finish against these guys.

"Clemson is here now. We got to just take them on with a full head of speed and Clemson is one of those teams that can have that kind of title race, so we have to understand what we have at stake in this game," said NC State guard Tony Adams.

NC State has not contended for the Atlantic Division in the five years Dave Doeren has been the head coach of NC State. This is his best team in his tenure.

The Wolfpack will take on a Clemson team that is ranked third in the first College Football Rankings.

This is the Wolfpack's best team in a long time. Time for the Pack to make a Statement in the ACC.