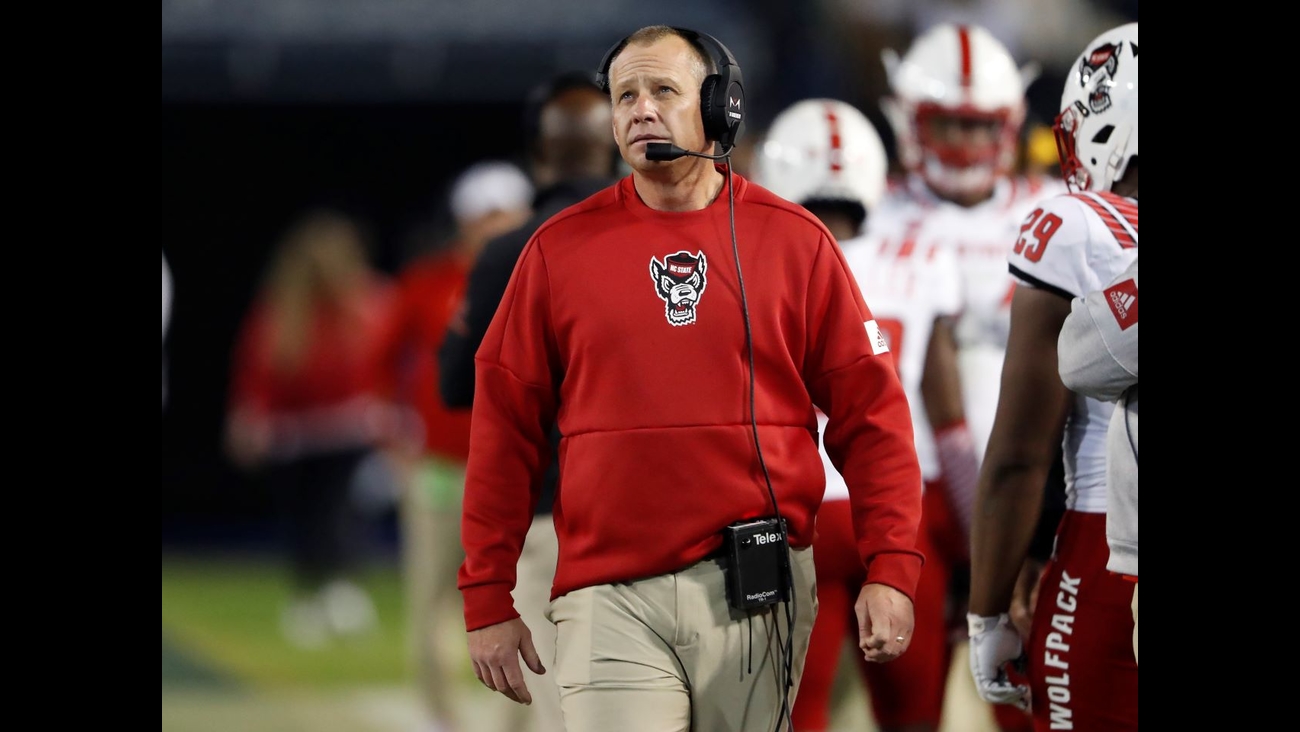 RALEIGH, N.C. (WTVD) -- After a fall camp that sometimes featured only half the roster because of contact tracing and then a delayed season opener, you can certainly understand why N.C. State coach Dave Doeren's players are eager to get after it this Saturday vs. Wake Forest.

"I'm very proud of the resiliency of this group. The way they've stuck together through all the unknowns the ups and downs of are we playing, are we not playing, having to move our opening game back and all the civil unrest," Doeren said. "This team just keeps fighting."

The Wolfpack has with the Deacons in recent years. The Deacs have the advantage this time around of having already played a game, even if it was a drubbing vs. No. 1 Clemson.

"I do think from a playing standpoint getting on the field with your team and seeing them play games is a huge advantage for your own well-being as a coach," Doeren said.

For the Pack, just playing will be payoff enough after a draining few months.

"We're starving for routine," Doeren said. "So, this allows us hopefully to have some, you know, just to get into game week and know that we have an opportunity to have back to back similar weeks as we move forward. Because we've had the opposite, every day has really been a day where change could happen." 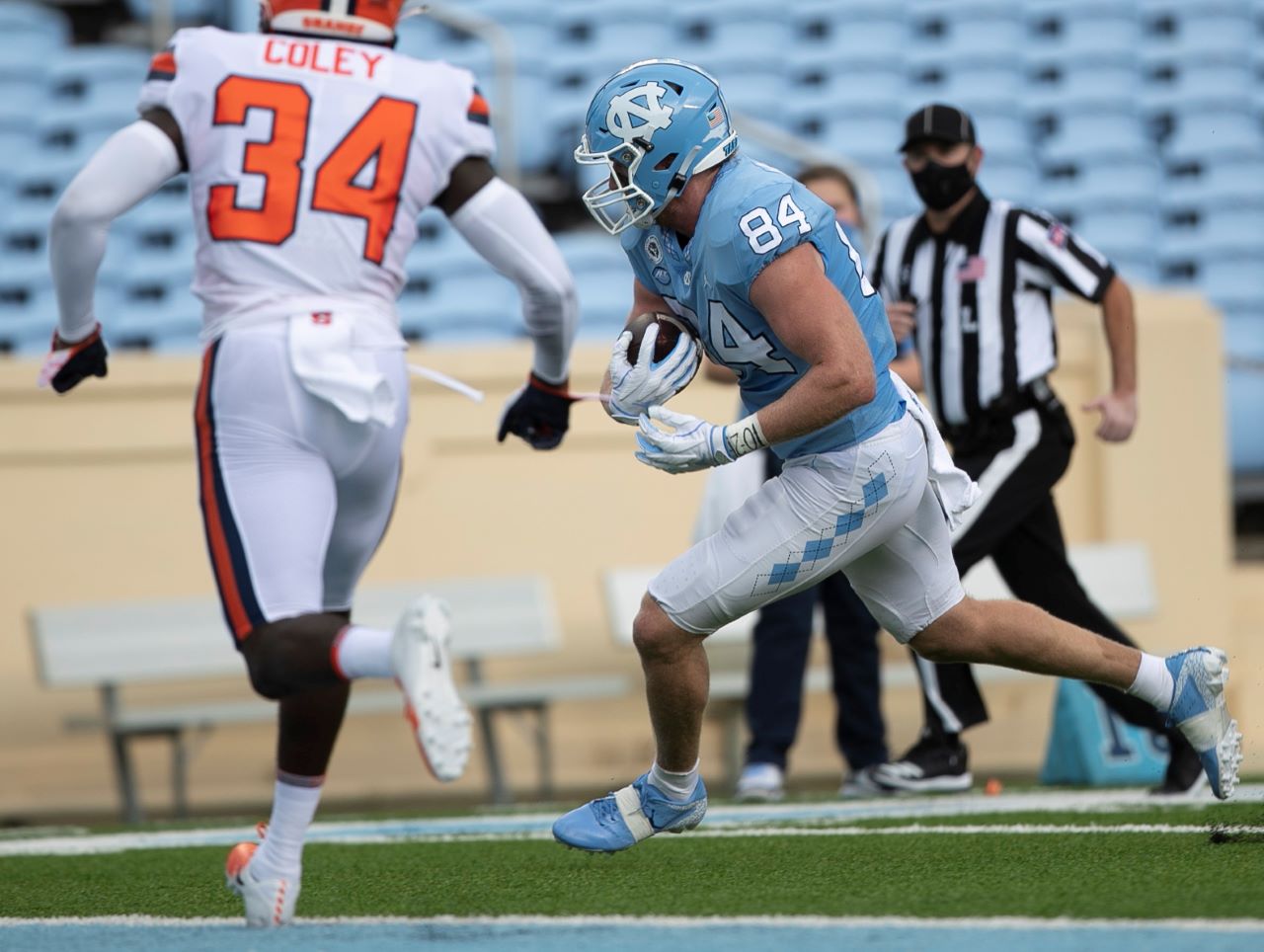 North Carolina's Garrett Walston (84) scores on a pass from quarterback Sam Howell in the first quarter against Syracuse on Saturday, Sept. 12, in Chapel Hill.

Meanwhile, North Carolina jumped from 18 up to 12th in the Associated Press poll after bouncing Syracuse on Saturday. It's the Tar Heels' highest ranking in years and Mack Brown doesn't shy away from letting his players know that that number comes with expectation.

"People start circling you on the schedule. They play you differently. They come in thinking now they have to upset you. They're going to be scrutinized much more than they were last year at any time," Brown said. "So, it's just part of the life you live with and what it's going to be like for them moving forward. And I said, 'That's how you want it. You want people holding you to a very high standard.'"

On Saturday, Charlotte should be win No. 2 for the Heels. Brown said he chose the 49ers for their non-conference game to keep the money in state.

"We'll be more prepared for no pageantry and no fans and no cheerleaders and no students and no Bell Tower walk when you walk in," Brown said. "Everything is so different but it'll be more normal this week."

Duke meanwhile hung in at Notre Dame on the road. They've got a much friendlier matchup ahead now with Boston College.