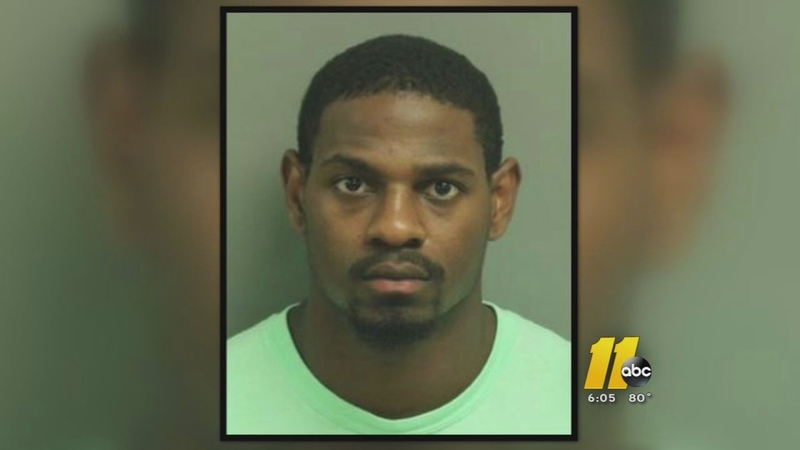 RALEIGH (WTVD) -- North Carolina State's leading rusher Shadrach Thornton is in trouble again and has been dismissed from the team after just getting back on the field.

The senior running back was arrested late Tuesday night after he allegedly hit someone walking on a Raleigh sidewalk with his moped near NSCU's campus.

According to a police report, Thornton was going north on the side walk on the south bound side of Avent Ferry Road.

As he approached Western Boulevard around 9:20 p.m., the moped struck 23-year-old Jimmie Woodard as he walked south on the sidewalk.

The collision knocked Woodard down an embankment, causing an injury to his face that required stitches.

"It resulted in me having a busted lip and some stitches that will dissolve," Woodward said. "Thank God I won't have to worry about going back to the ER."

Woodard told ABC11 it happened while he waited for the bus after leaving his job. He said he did not know at the time that the NC State running back was the man on the moped.

Woodard said Thornton got off the moped, but did not ask if he was okay.

Woodard's mother told ABC11 she did not know Thornton was an NC State athlete with a history of brushes with the law until she watched the news this morning - she just knew he did not stick around after the incident.

"My main concern was why didn't he stop to help my son, because it could have been worse than what actually happened," Sharon Woodard said.

Thornton was arrested late Tuesday night at his apartment and charged with failing to give aid to an injured person, and providing information in connection with the incident.

It's the latest brush with the law for the player. He was just reinstated with the Wolfpack after serving a two-game suspension for a violation of athletic department rules.

That was the third suspension for Thornton, who sat out the 2013 opener after being charged with misdemeanor assault on a female.

"It's an unfortunate set of circumstances, but we've made the decision to dismiss Shadrach from our program," said Doeren. "We will continue to support him academically and help him earn his degree."