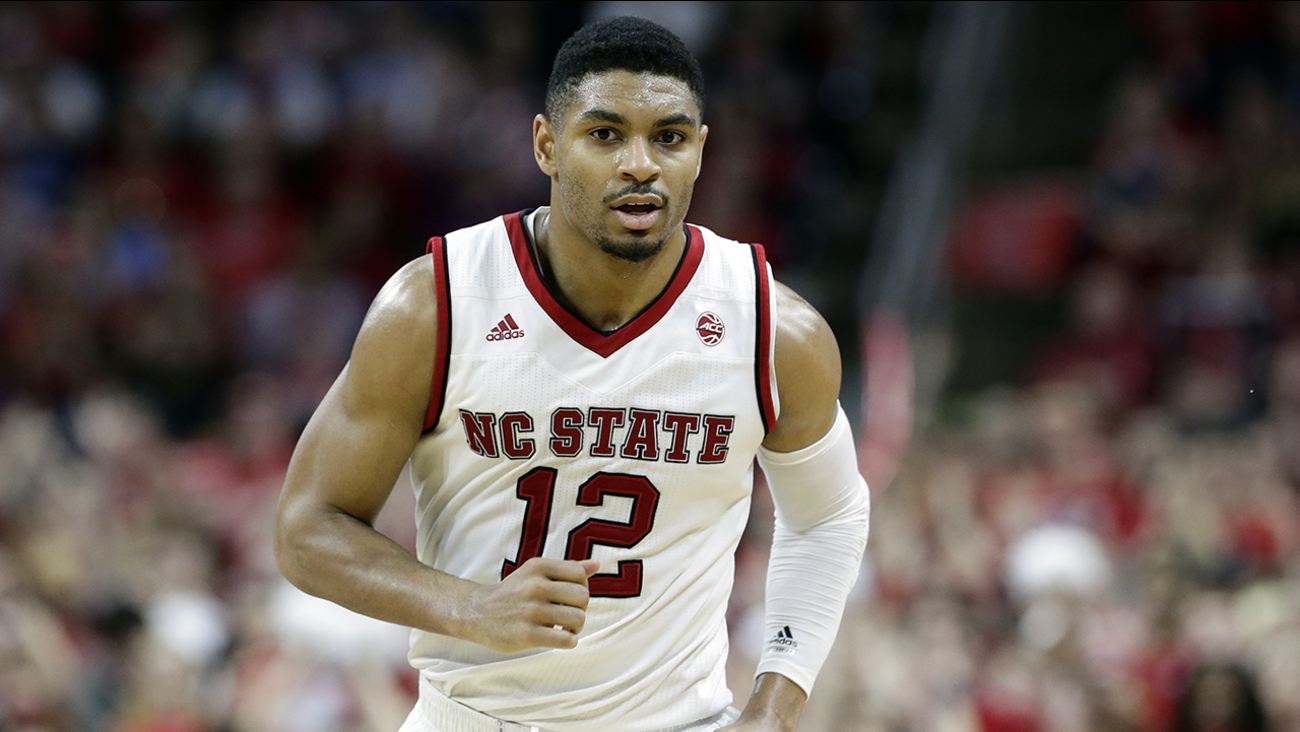 RALEIGH, NC -- North Carolina State abruptly went from struggling to make a shot to being seemingly unable to miss during one torrid first-half stretch. The Wolfpack didn't need much more to earn a third straight victory, either.

"We just picked our energy up. The energy comes from the defensive stops we get, so once we started getting stops and getting out and running, we started getting easy ones," Beverly said. "Once that builds momentum, it feels like you're not going to miss."

Allerik Freeman scored a team-high 20 points for the Wolfpack (19-9, 9-6 Atlantic Coast Conference). N.C. State had an awful start and missed its first eight shots, only to see its offense suddenly roar into gear to build a big lead.

"Seeing your teammate make a basket, then you get going and the next person gets going, that's like a contagious thing just seeing someone else make a basket," said Sam Hunt, who hit three 3s during the 13-shot run. "It's not about one person. It's about the whole team."

"I thought we made the right reads," Wolfpack coach Kevin Keatts said. "They took our roll guy away with the corner (defender), and I thought our guards came off and would find the corner shooters. And they were able to step up and make shots."

Ky Bowman scored 21 points for the Eagles (16-12, 6-9), who trailed by double figures nearly the entire second half and shot 38 percent.

"We were very energetic at the point of the ballscreen, we were getting back and matching up in transition, we were containing the ball," BC coach Jim Christian said of the start. "And then we just stopped. We left some good shooters open. And once a couple of good shooters get it going, that's what happens."

Boston College: The Eagles arrived having already matched their best win total of the previous six seasons, as well as their league win total of the previous three seasons combined. But the Eagles squandered a chance for early momentum Tuesday, making just 3 of 12 shots and going 0 for 7 on 3-pointers to build a meager 6-0 lead that quickly vanished once the Wolfpack started hitting from just about everywhere.

N.C. State: At this point, every game is about building toward an NCAA Tournament bid in Keatts' first season. There are five Quadrant 1 wins to provide a strong top of the resume, so the Wolfpack (62 RPI, No. 49 in KenPom) simply needed to make this home game as a favored team look routine. That ugly opening stretch of 12 scoreless possessions aside, the Wolfpack did just that.

"Every game is really important," Abu said. "We're playing meaningful basketball right now, and we want to play in the tournament, and we've got the ACC Tournament to look forward to too, so we've just got to go out there and give an extreme effort every change that we get."

BC leading scorer Jerome Robinson had a tough day in playing near his hometown of Garner, located about 15 miles away. He came in averaging 21 points and shooting 52 percent, but finished with eight points on 4-for-20 shooting. He also missed some time with a bruised left elbow after taking a hard fall on a drive midway through the first half, though he later returned following X-rays sporting a sleeve on his arm.

Earlier Tuesday, Louisville announced an NCAA appeals panel had upheld sanctions against its men's basketball program for an embarrassing sex scandal, including for the school to vacate its 2013 NCAA championship. Keatts was an assistant coach to now-ousted Rick Pitino for that team.

Keatts said he learned of the decision while preparing for the Wolfpack's shootaround.

"Obviously with social media I found out today," Keatts said. "And all I'm going to say on it is I'm just disappointed."