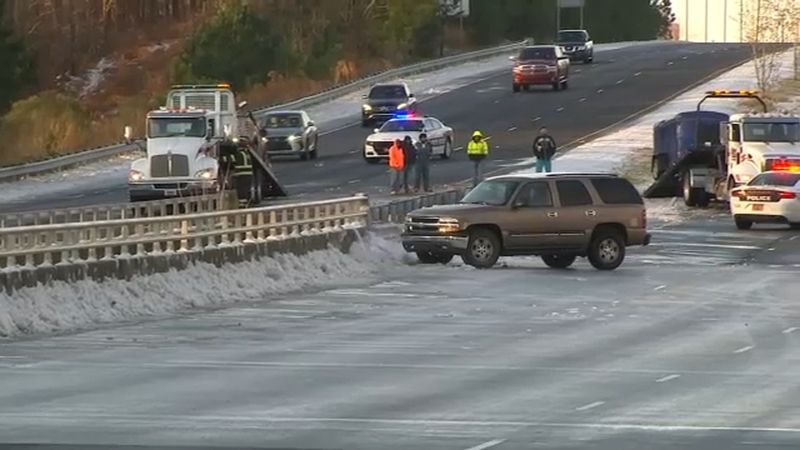 Black ice could a hazard in the morning as roads refreeze

RALEIGH, N.C. (WTVD) -- A winter weather advisory is no longer in effect for central North Carolina but that doesn't mean we're in the clear. Temperatures will stay in the 20s overnight so a refreeze will cause slick conditions in the morning.

As the runoff happens from the melting snow/ice yesterday, it certainly could re-freeze tonight in the chilly air. Black ice will be an issue, in spots, Tuesday morning. #BlackIce pic.twitter.com/BL774l05tr

That advisory was the last gasp of the winter storm that dropped some snow and ice all across the state Sunday. The storm caused hundreds of car crashes and knocked out power to thousands of people.

The worst of the North Carolina power outages happened in the Sandhills. Moore County still had more than 10,000 people in the dark Monday morning. By 9 p.m., there were still more than 4,800 without power in Moore County. 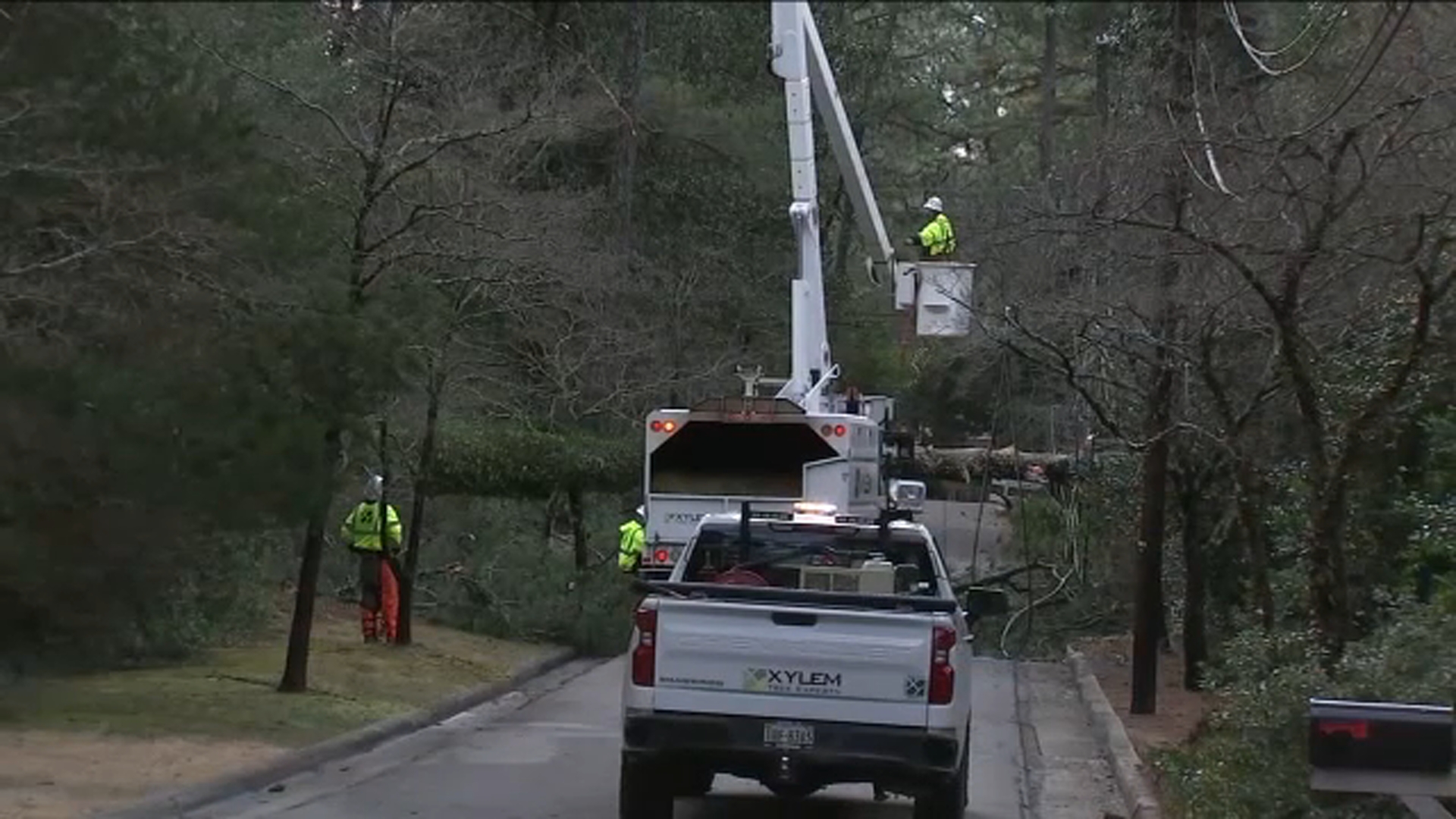 Crews are working overnight to restore power to Moore County customers affected by the winter storm.

Icy roads are being blamed for a crash that killed two people on I-95 in Nash County. NC Highway Patrol said Latron Williams ran off the road and hit several trees Sunday. He and his passenger, Katie Janta. both died in the crash. Both were South Carolina residents.

First Sgt. Chris Knox of the Highway Patrol said that by midafternoon Sunday, the agency had responded to 300 car crashes and nearly 800 calls for service.

Knox said investigators believe the car in the fatal crash was being driven too fast for the conditions.

I40 & Aviation is just one of the slick spots across central NC.

NCDOT continues to work on improving road conditions, but some slick spots are still possible.

A Fayetteville couple got quite the scare when tree branches fell in their yard. The scene was captured by their doorbell camera.

There were some scary moments for a Fayetteville couple when frozen pine tree branches came crashing down just seconds after Jalisa Autry walked out of the door.

When the winds gusts picked up, the branches came crashing down, narrowly missing their home and cars.

"We've got to start cutting branches immediately just in case because we don't want it to come in the house, and go through the roof," Autry said. "We have a 1-year-old, so I don't want anything like that to happen, and his room is like right in front of the tree."

Meanwhile, It will remain remain cold and breezy Monday evening with temperatures dipping into the 20s.

That will cause it to feel like it's about 10 degrees colder than it really is outside.

Have storm damage? Here are some insurance tips to help you set things right.

It will gradually get warmer Tuesday, climbing into the 40s.

Wednesday temperatures will rise into the 50s. Then some of the coldest air of the season moves in Friday, bringing with it yet another chance for some snow. Stay with the ABC11 First Alert Weather Team this week as Friday's snow forecast becomes more clear.