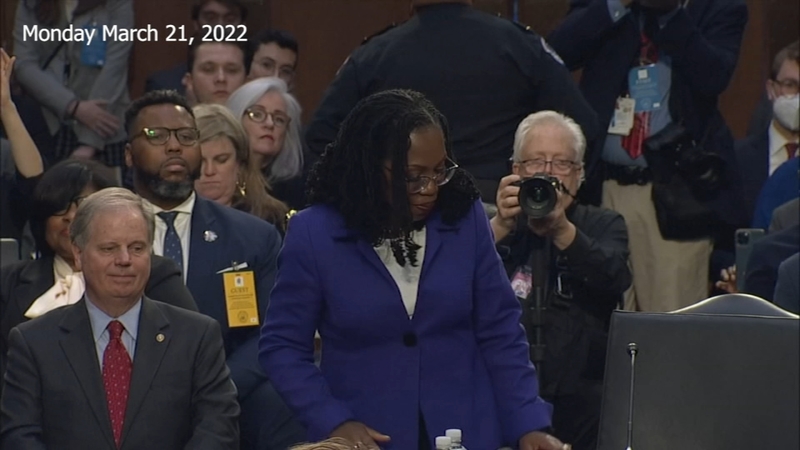 Before law school, Johnny Brown, the father of the first black woman nominated to the U.S. Supreme Court earned his bachelor's degree in history from Durham's North Carolina Central University.

Brown was a member of the Tau Psi Chapter of Omega Psi Phi Fraternity, Inc. and graduated in 1968.

In her opening statement for her confirmation hearing on Capitol Hill Monday, Judge Jackson recalled moments shared long ago with her dad.

"My very earliest memories are of watching my father study -- he had his stack of law books on the kitchen table while I sat across from him with my stack of coloring books," Jackson said.

Jackson took questions Wednesday from North Carolina Senator Thom Tillis who focused on what he called a pattern of empathy he saw in Jackson's decision during her time as a trial judge.

"It seems as though you're a very kind person," Tillis said. "And there's at least a level of empathy that enters into your treatment of a defendant that some could view as a maybe beyond what some of us would be comfortable with in terms of administering justice."

Jackson said the way she communicated with defendants was about public safety and it was her way of trying to combat recidivism.

"Most of the people who are incarcerated via the federal system and even via the state system will come out, will be a part of our communities again, so it is to our benefit as Congress has recognized, to ensure that people who come out stop committing crimes."