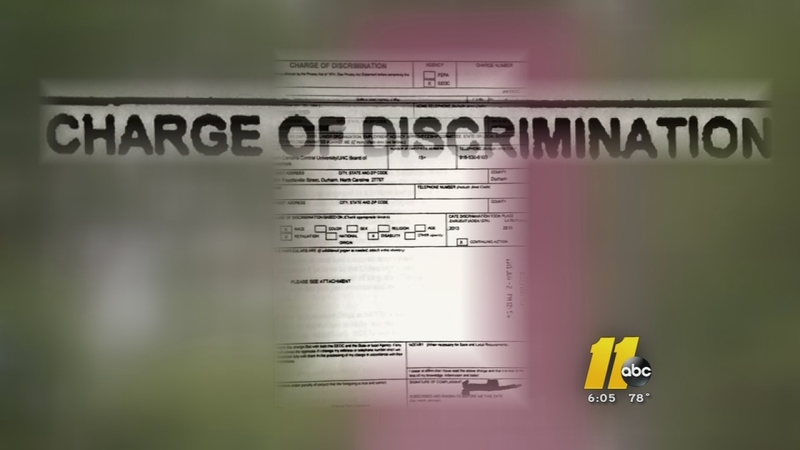 A new Equal Employment Opportunity Commission complaint filed Tuesday by a current university employee alleges her calls for help were ignored for more than a year because she's not black.

"She describes a work environment in which she suffers racial harassment, discrimination and retaliation," said Laura Noble, lead attorney at Noble Law firm.

Despite a public announcement, she's asked not to be identified.

In an email to the campus community last month, Saunders-White called the allegations "hurtful" and "malicious."

ABC11 contacted NCCU for comment on the latest complaint. They gave us this statement:

"North Carolina Central University (NCCU) is unaware of the Equal Employment Opportunity Commission (EEOC) claim referenced by The Noble Law Firm today.
If and when the University receives the claim, we will review it thoroughly and respond at the appropriate time."

The lawsuits and the new EEOC complaint also take aim at the UNC Board of Governors, alleging the governing body was made aware of racial discrimination problems through an anonymous letter.

"The UNC Board has been on notice of this particular current employee evaluation for some time now," said Nick Sanservino. "We had been trying to work with the UNC Board to get a resolution and remedy to this employee's claims along with our other three clients."