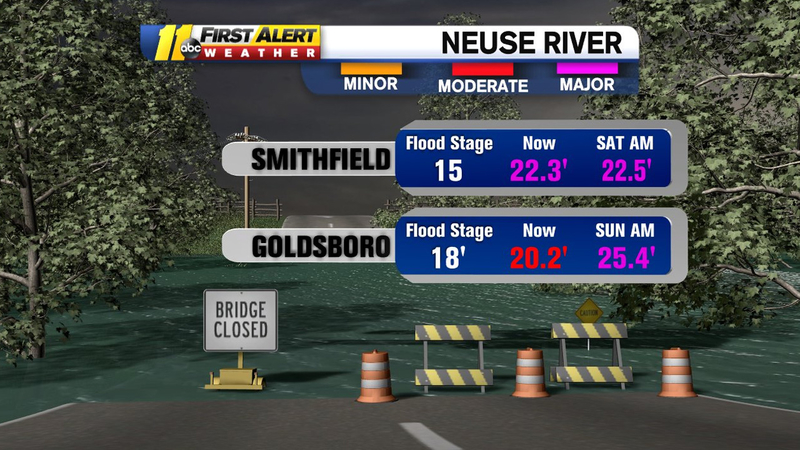 Flood warnings are in effect for areas along the Neuse River as it crests this weekend.

As of 9 a.m., the Neuse River poses a flood risk to areas like Smithfield as it crests at 22.3 feet (flood stage is 15 feet and major flood stage is 20 feet). Goldsboro, which also sits downstream, is also at a moderate chance of flooding which is likely to increase into a 'major flood' stage Sunday morning.

Meteorologist Steve Stewart believes areas along the Neuse River could be in a major flood stage until Monday.

Flooding concerns continue this weekend along the Neuse River in Smithfield and Goldsboro. pic.twitter.com/Dk6E9VD96v

Governor Roy Cooper issued a State of Emergency for North Carolina on Friday in response to the recent heavy rains.

Five people, including a baby, died after being swept away in floodwaters at a western North Carolina campground.

On Thursday, Rolesville officers said the body of an 11-year-old boy was found after he fell into a creek and was swept away.