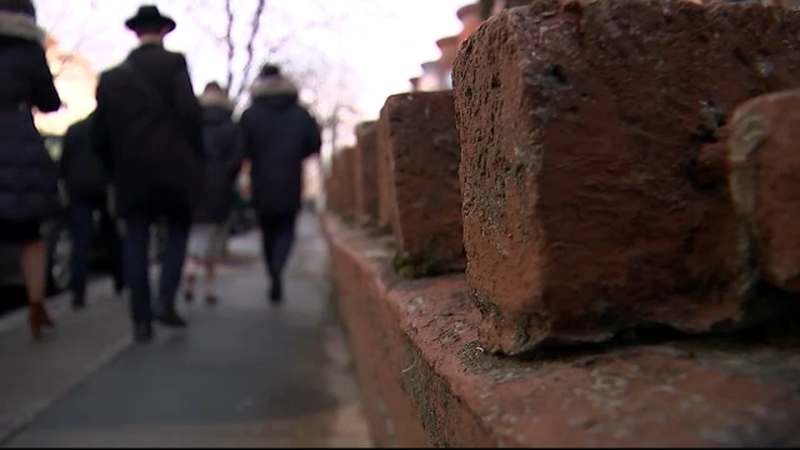 NEW YORK -- Police in New York City are investigating as many as nine possible anti-Semitic attacks and increasing police presence in neighborhoods with larger Jewish populations.

The New York City Police Department said these possible hate crimes happened between Dec. 13 and Wednesday, with most taking place during the Hanukkah holiday.

In one instance, a mother was hit in the head while walking with her three-year-old son in Brooklyn. The attacker made anti-Semitic comments and vowed that "your end is coming to you."

In the most recent attack, a man wearing traditional Orthodox Jewish attire was walking in the Borough Park neighborhood of Brooklyn when a man punched him in the face. This attack has not yet been labeled a hate crime.

In light of these attacks, New York City Mayor Bill de Blasio announced that the NYPD will increase its presence in Borough Park, Crown Heights and Williamsburg -- neighborhoods with large Orthodox Jewish populations.

"Anti-Semitism is an attack on the values of our city - and we will confront it head-on," he tweeted.

Hate doesn’t have a home in our city.

In light of recent anti-Semitic attacks, the NYPD will increase their presence in Boro Park, Crown Heights and Williamsburg.

Anyone who terrorizes our Jewish community WILL face justice.

The attacks have happened as Jewish communities in the New York City metro area were already on edge after a deadly Dec. 10 shooting rampage at a northern New Jersey kosher market. New Jersey Attorney General Gurbir Grewal said the attack was driven by hatred of Jews and law enforcement.