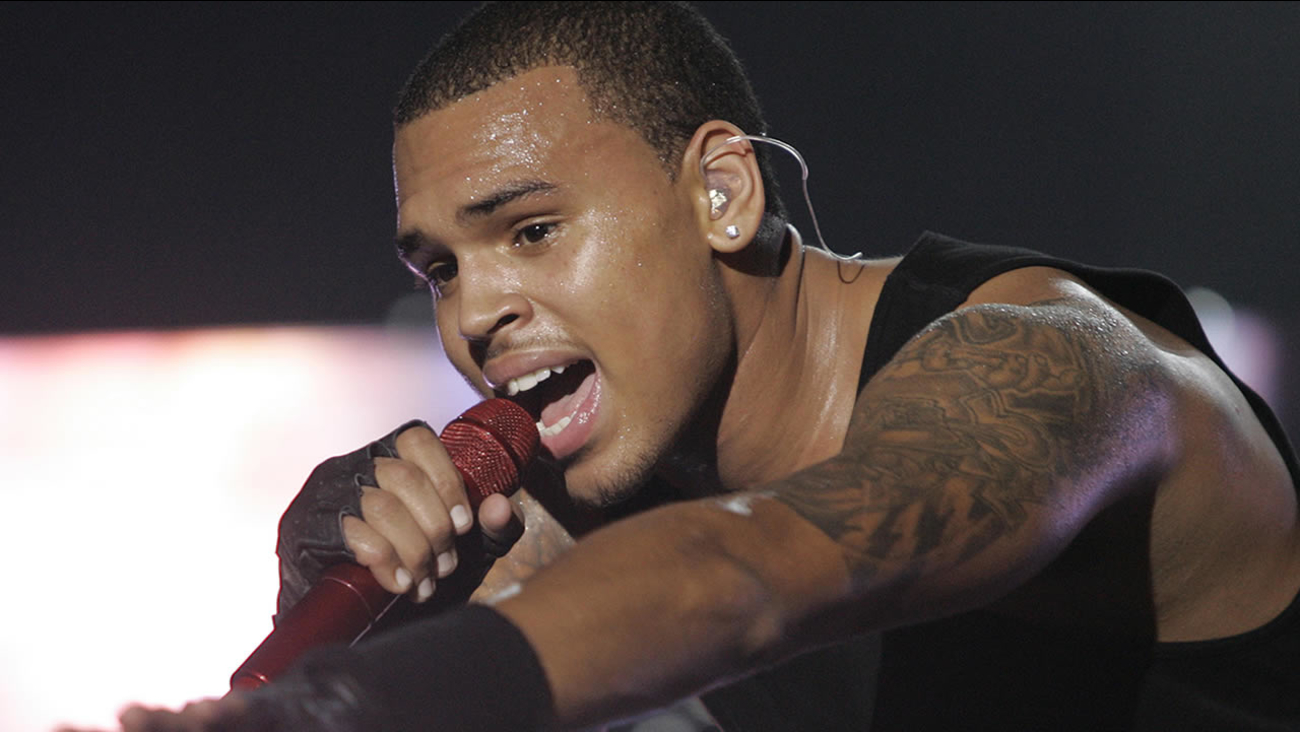 Chris Brown belts out a song during a concert in suburban Taguig, south of Manila, Philippines on Nov. 16, 2008. (AP Photo/Aaron Favila)

Lt. Jeff Goodwin says authorities received a call shortly before 10:30 a.m. Saturday about the alleged battery at the Palms Casino Resort. A police statement Saturday evening said an altercation took place in a room at the resort when the victim went to take a picture of Brown.

Police say the victim said she was struck by Brown and that he had taken her cellphone. Detectives tried to speak with Brown at his hotel room, but the singer left before police had arrived.

Police say a crime report has been taken for misdemeanor theft and misdemeanor battery listing Brown as a suspect.

The singer performed Friday at Drai's nightclub at The Cromwell Las Vegas, where he appears regularly.