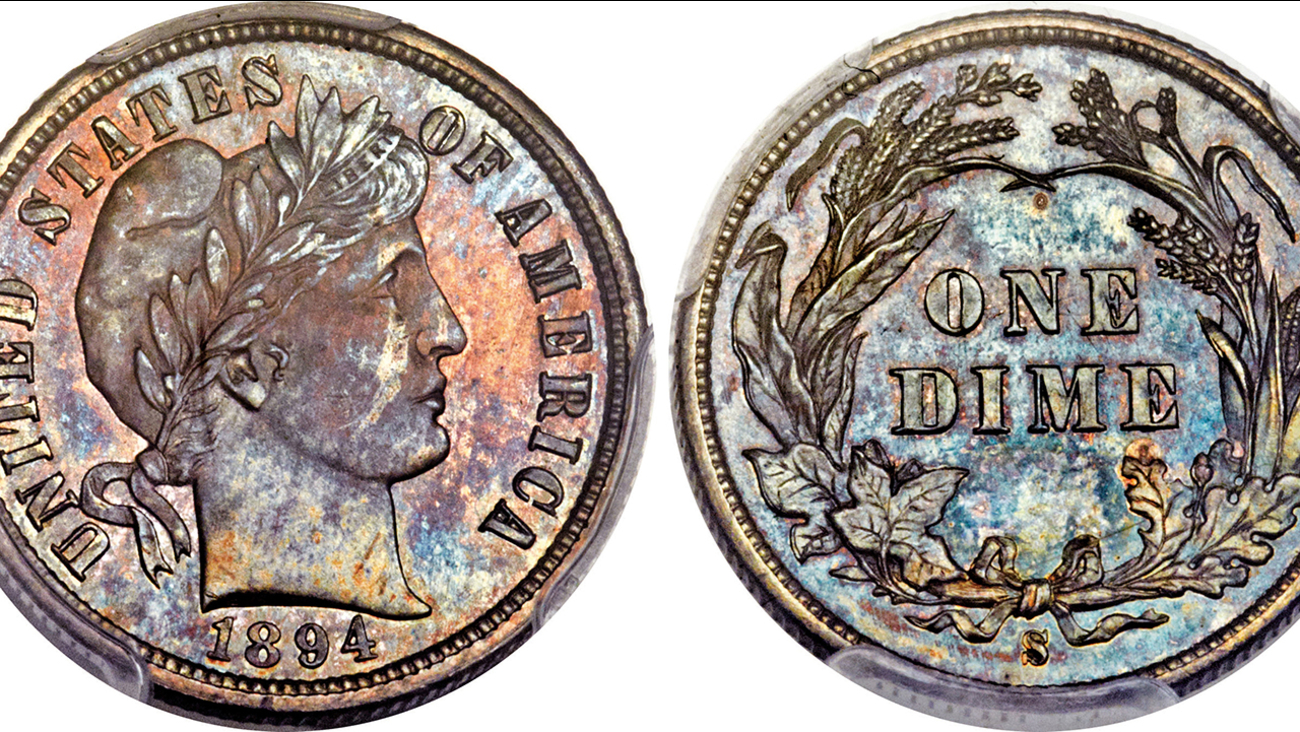 This Nov. 10, 2015, photo combination provided by Heritage Auctions, shows the front and back of a rare 1894 dime that will be put up for auction Thursday Jan. 7, 2016 in Tampa, FL (Heritage Auctions via AP)

TAMPA, Fla. -- Whatever disparaging cliche you've heard about the lowly dime -- dime a dozen, nickel and dimed, dime's worth a difference -- it's not true of this dime.

No, this particular coin that's about to go to auction Thursday evening in Tampa is worth way more than 10 cents.

The 1894-S dime was struck at the San Francisco Mint. Only 24 were made, and only nine likely still exist.

"There's a couple of iconic rarities in the rare coin market," said David Hall, co-founder of Professional Coin Grading Service of Santa Ana, California. "A couple of coins have been known among the rarest of the rare for 100 years and this is one of those numismatic icons."

Hall said so few of those dimes were made at the San Francisco Mint because the country was in a recession that year and more dimes weren't needed.

Hall has graded 30 million coins in his career, including this dime. He said it's in "spectacular condition, almost perfect."

Heritage Auctions, which is conducting the auction, says on its website that an 1894-S dime "routinely sells for more than $1 million on the infrequent occasions when an example is offered at public auction, and private sales have been reported for more than $2 million."

The coin belonging to a private owner who is remaining anonymous will be auctioned during the Florida United Numismatists show.

There's also a lot of interest in what happened to the other, long-missing 1894-S dimes.

In an effort to track down some of the coins, Heritage Auctions is offering a $10,000 reward to be the first to examine any previously unreported, genuine examples of the coins.