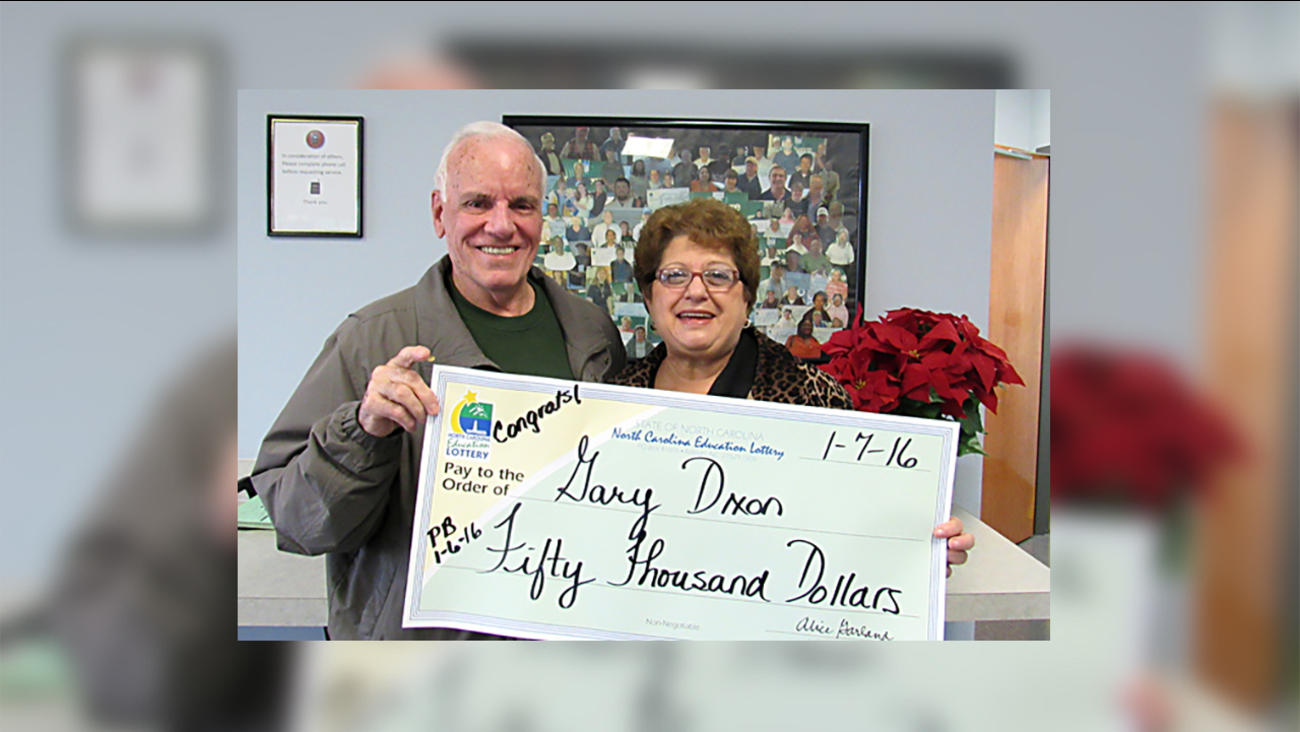 Gary Dixon and his wife with their Powerball winnings on Thursday. (North Carolina Education Lottery)

Like everyone else in the country, Gary Dixon didn't win the roughly $500 million Powerball jackpot.

But Dixon, of Burlington, was one of only seven winners of a $50,000 prize won in Wednesday night's Powerball drawing.

Dixon told officials with the North Carolina Education Lottery that he usually checks each day for the winning numbers, but he didn't Thursday morning. He didn't realize he had a winning ticket until his wife called him at work.

He had to ask his wife to read the numbers multiple times until he believed it. Once the news set in, he told his boss he had to leave work and claimed his prize at the claim center in Greensboro.

Dixon won his prize by matching four of the white balls and the Powerball. After required state and federal tax withholdings, he received $34,625. He says he plans to save most of the money for retirement.

RELATED: 5 things to consider before you play the giant Powerball

He bought the winning ticket at the Food Lion on Ramada Road in Burlington.

Saturday's Powerball jackpot has soared to $700 million. It's worth $428.4 million if claimed as a one-time cash payment.