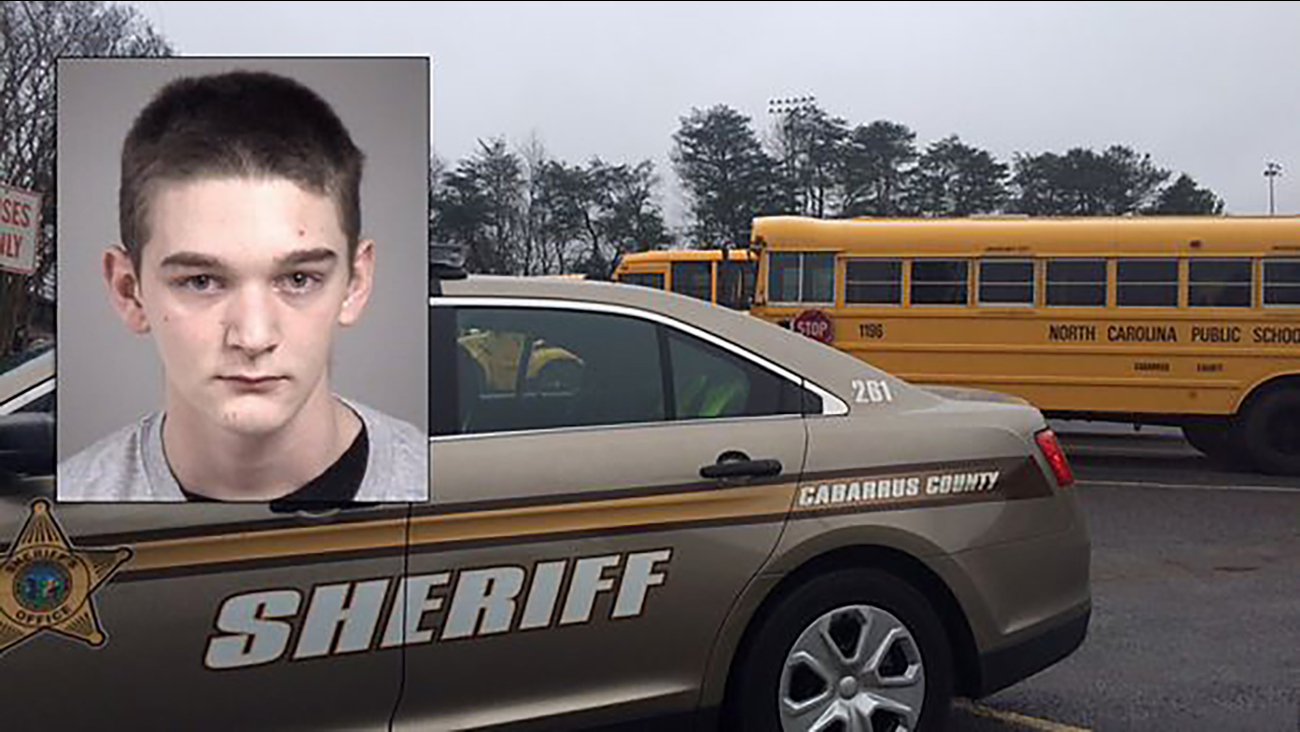 Northwest Cabarrus High School was evacuated because of the bomb threat. (wscotv.com)

Northwest Cabarrus High School in Kannapolis was evacuated Friday morning after a verbal threat by a student who also said he tried to join ISIS, according to a report by wsoctv.com.

Police told the TV station that 16-year-old Paul Warner stood up in class and said he had a bomb.

After a search, Warner was found to have two knives.

Warner is charged with possession of a weapon on school property and making a false bomb threat.

More as the story develops from wsoctv.com can be found here.