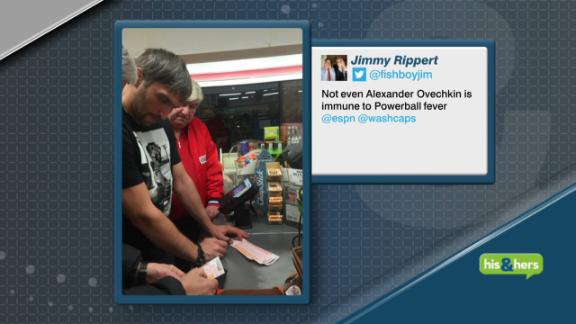 Even though Alex Ovechkin makes $10 million a year playing for the Washington Capitals, he can't pass up the chance to try to win the $1.5 billion Powerball jackpot.

He isn't the only star athlete to take a chance on the massive jackpot. New York Knicks star Carmelo Anthony told reporters on Monday that he had also purchased tickets.

Not long after Ovechkinscored his 500th NHL goalon Sunday, a photo appeared on social media of the hockey star buying Powerball tickets in Virginia on Saturday with his father.

Ovechkin, who plans to get more tickets, says: "It was funny. Who's going to take a picture of me? It's crazy. People are crazy."

"I don't know. Maybe one, maybe two," he told reporters, when asked how many tickets he planned to buy for Wednesday's drawing. "But there's no chance you're going to win. But if I win, I'll let you guys know."

Asked Monday what he would do with the money if he wins, Anthony said: "I'm going to share it all."

The odds of winning the jackpot are one in 292.2 million. The lump sum Powerball payout would be $930 million.

ESPN's Ian Begley and The Associated Press contributed to this report. 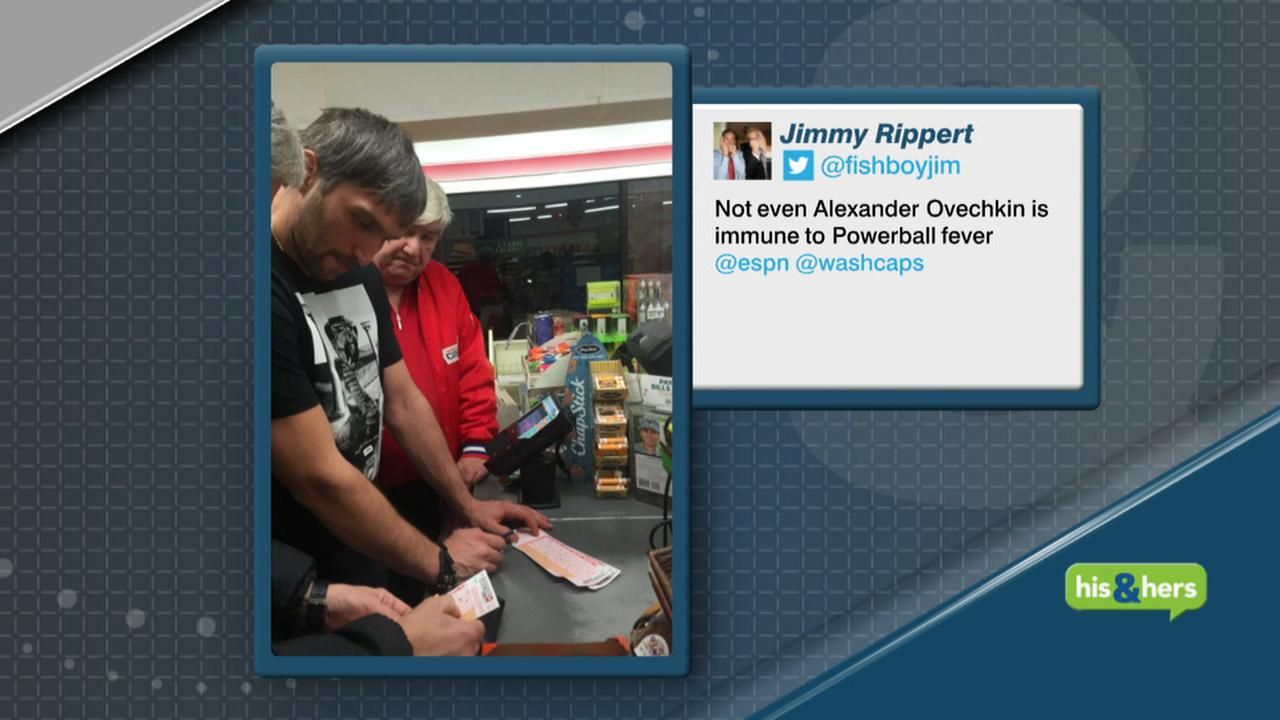 Jemele on Melo, Ovi: 'Why are they playing?!'
Jemele Hill and Reese Waters react to Knicks forward Carmelo Anthony and Capitals LW Alex Ovechkin buying Powerball tickets, saying whether or not they would be mad if either of them were to win the jackpot. 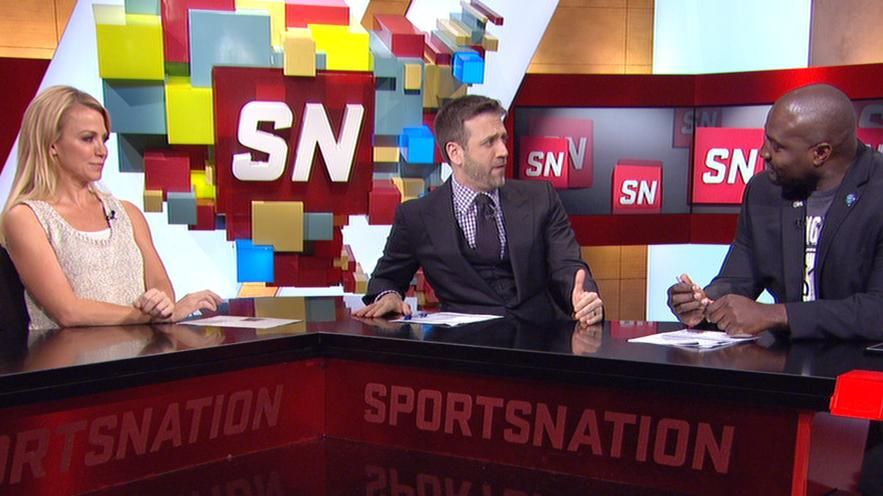