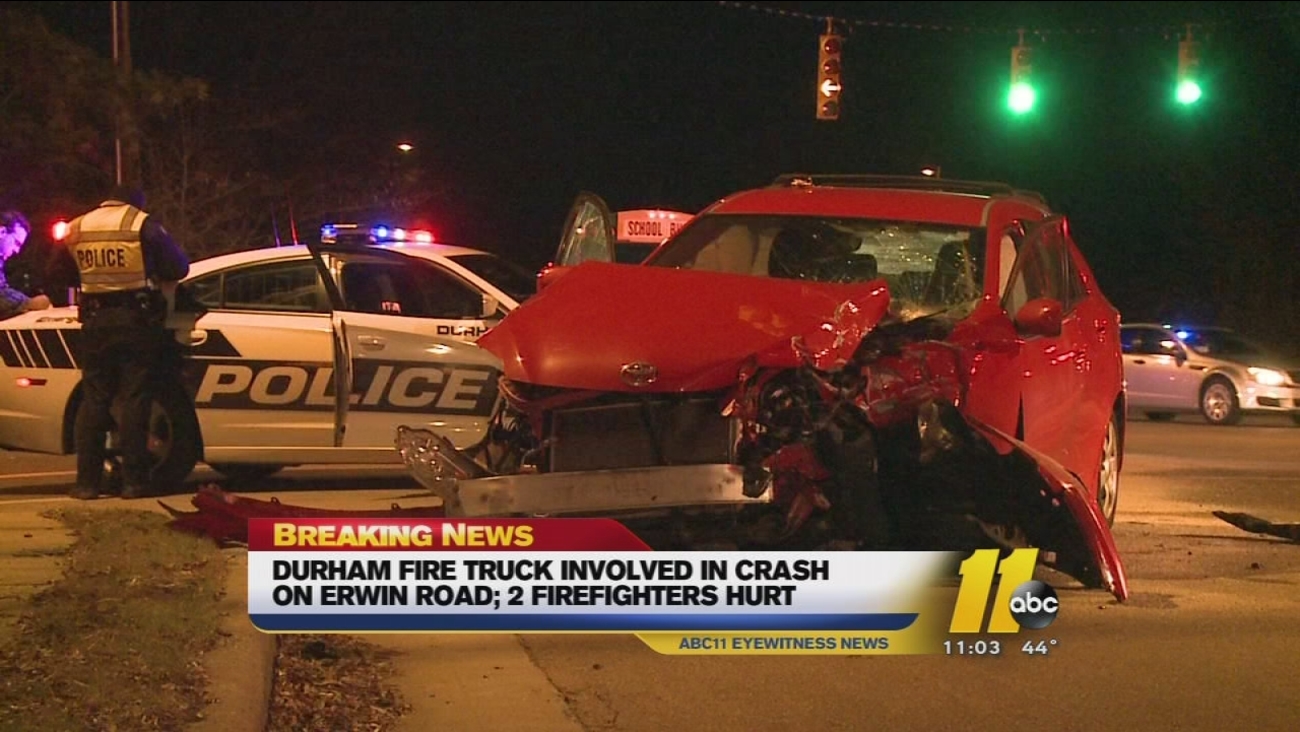 Two firefighters hurt in a collision with a car.

DURHAM (WTVD) -- Two firefighters were taken to the hospital after a fire truck and a car were involved in a wreck Thursday evening.

That happened at Erwin Road and Anderson Street. There was significant damage to the car -- and a huge dent in the bumper of the fire truck.

Durham police say the firetruck was returning from a call when the car hit it on the side.

Rescuers had to force the door open to get the captain out.

He was taken to the hospital.

A second firefighter complaining of back pain also went to the hospital.

The driver of the other vehicle refused treatment.