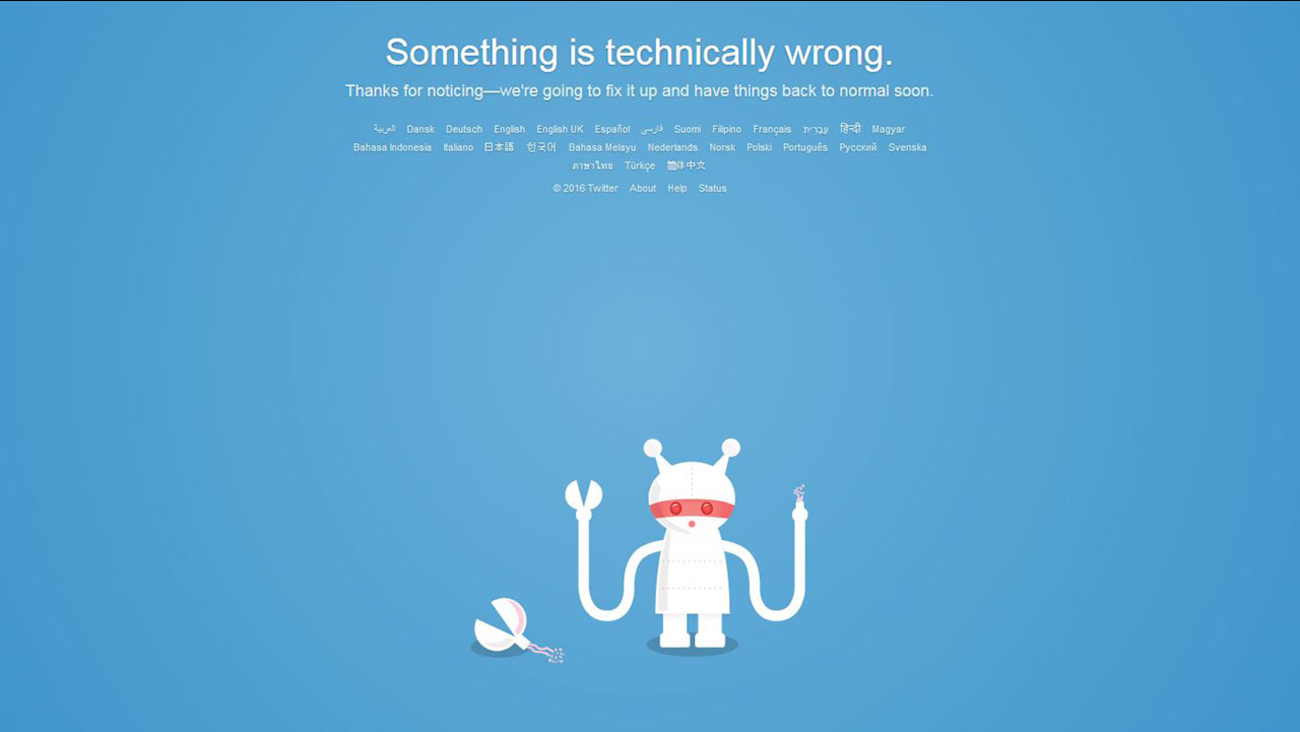 Twitter Inc. was only sporadically available to users on Tuesday, suffering technical problems that have lasted more than two hours.

The company, which has 320 million active users, acknowledged the world-wide service issue shortly before 4 a.m.

According to their service status board, "Some users are currently experiencing problems accessing Twitter. We are aware of the issue and are working towards a resolution."

Users said the service was not accessible on desktop computers. Twitter's blog posts, corporate info and most other pages on the Twitter.com website were also inaccessible, displaying the blue error screen.

Twitter's mobile app was partially functioning for some users but its timeline updated new tweets sporadically. Its search function appeared disabled as some hashtags or keyword searches returned no results. Users' profile pages appeared to be accessible from the mobile app.

Third party services, such as the TweetDeck service, also returned a blank page.

Twitter has suffered several service disruptions so far this year. On Monday, some users could not access Twitter on mobile and web for about 10 minutes. The service was disrupted on Friday for about 20 minutes.