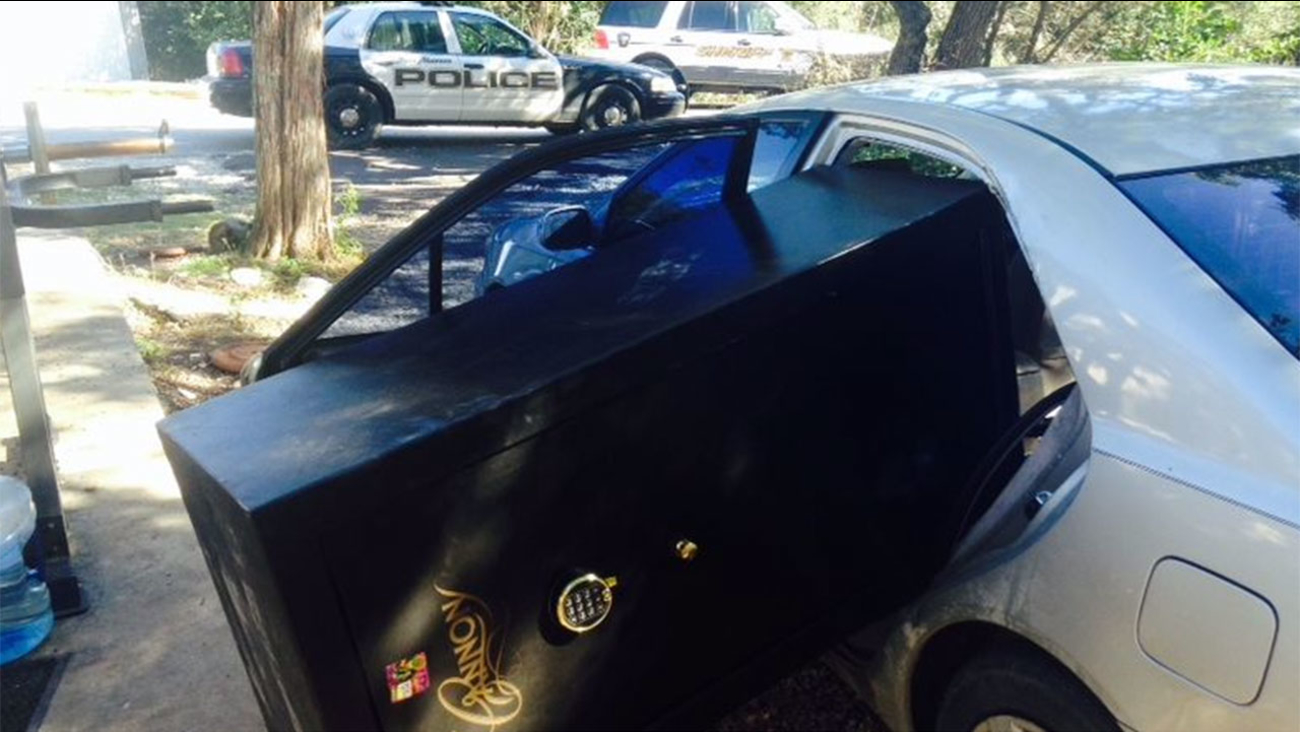 HOUSTON -- Authorities say they arrested two burglary suspects before they were able to make off with a Texas homeowner's safe.

The San Marcos homeowner called 911 Thursday afternoon after he received a phone alert that someone had triggered the motion-activated alarm at his home.

Officers arrived at the home within one minute of the call and found two suspects trying to load a large safe into a car. The suspects fled the scene but were arrested after a brief foot chase.