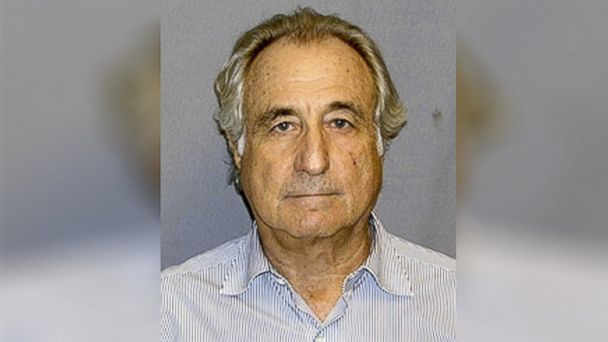 Despite an issue with his heart, 77-year old Bernard Madoff is "doing as well as can be expected" serving a 150 year sentence at a federal prison in North Carolina, according to Ira Sorkin, the lawyer who represented him when he pleaded guilty to the largest financial crime in American history.

Most troubling to Madoff, according to Sorkin and several inmates who served time with him, is that his wife Ruth stopped visiting him years ago and none of his grandchildren have come to see him either.

He has "regret at what he put his family through," said Sorkin.

TUNE IN Wednesday and Thursday this week for the ABC miniseries "Madoff" followed Thursday by an hour-long ABC News special on the real-life Madoff story. To get caught up, check out ABC News' in-depth coverage of the Madoff scandal by clicking HERE.

But Madoff has done little to express his remorse or regret to the estimated 20,000 investors in his scheme, many of whom lost their life savings in the $64 billion fraud.

Other than a brief reference to his victims during his sentencing hearing, Madoff has spent a lot of his time behind bars in an effort to rehabilitate his own image and actually shift the blame to the investors for expecting unrealistic returns which he claims is why he set up his fraud.

"I'm not a horrible person," he told a reporter for New York magazine, Steve Fishman, in a telephone call. "I just allowed myself to be talked into something and that's my fault."

His claims are those of a classic sociopath, according to former FBI criminal profiler, Brad Garrett, now an ABC News consultant.

"The real key with Bernie is he is clearly a person who functions without a conscience," said Garrett. "Bernie is the poster child of an anti-social personality."

In prison, Madoff has been treated with great respect by other inmates who admired the scale of his crime, according to John Mancini, an inmate at Butner until his release in 2010.

"All the inmates gave him a lot more respect than a lot of other people," said Mancini, a former pharmacist, who was convicted in 2006 of the illegal sales of pain medication.

"A lot of the inmates would figure that if he had a background in finances he could help them," Mancini said.

Mancini and other inmates said that Madoff was given a plum job in the prison commissary, selling snack items to other inmates.

Madoff and Pollard would attend Jewish services in the prison chapel, said Mancini.

"Because I think Bernie in his own way was trying to make right of what was wrong," he said.

"He felt pain, a lot of pain. I would walk the track with him almost every day and I see tears out of his eyes."

Madoff was regarded by his fellow inmates as an honorable criminal who refused to implicate any of the employees who worked with him in carrying out the Ponzi scheme, according to former FBI case agent Keith Kelly.

"He is exactly what makes a model inmate, to other prisoners," said Kelly. "He was the biggest fraudster in history. And he didn't give anybody up. In the prison society, that's a stand-up guy."

Another inmate who served time with Madoff, J.D. Winfield, said Madoff was left alone by fellow inmates with the exception of one incident when Madoff changed the channel on the television set to watch 60 Minutes and another prisoner slapped him in the face.