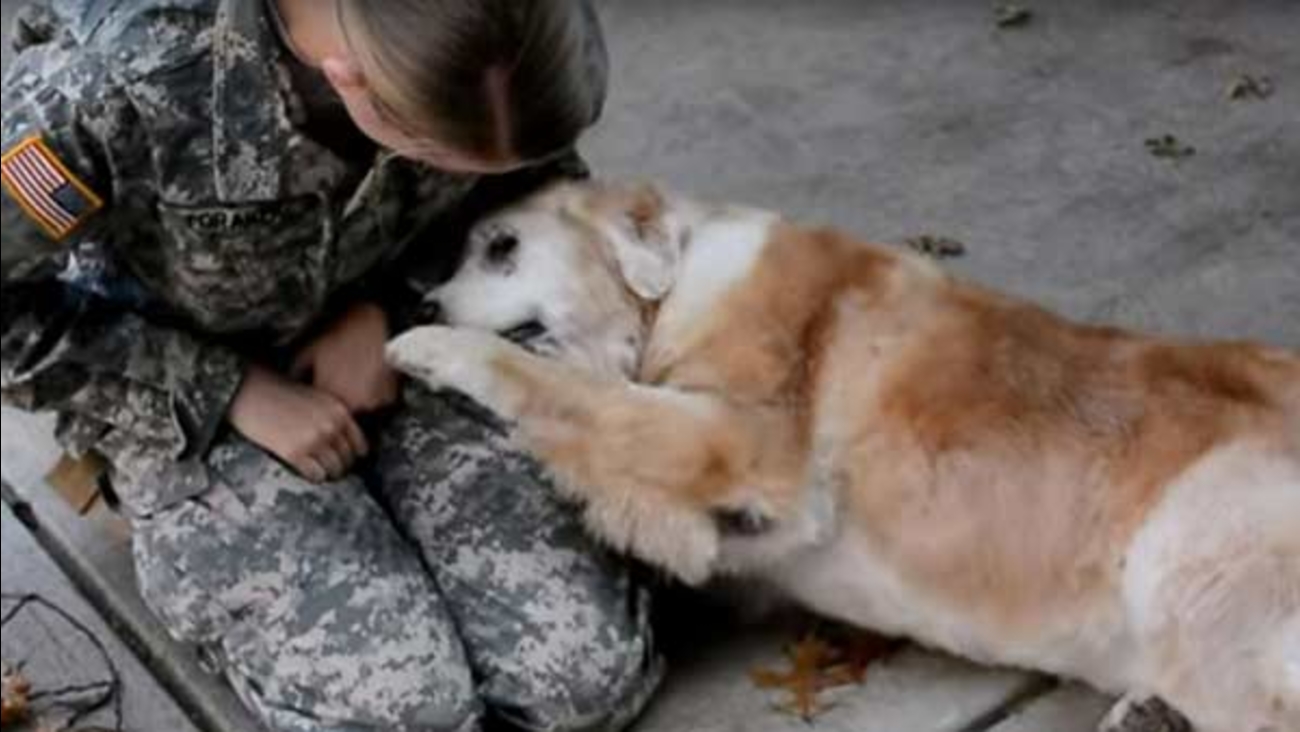 A 13-year-old golden retriever was so excited to be reunited with her soldier owner after three months that the dog seemed to cry.

Army Pvt. Hannah Foraker, 21, had never been away from home before, until she left for basic training for three months. When she came home to Cleveland for a visit, her elderly golden retriever, Buddy, seemed to be the most excited.

"When I came home we let her outside and, at first, she didn't realize I was home," Foraker told ABC News. "Then, she did a double-take and came back to me. That's when she started crying and whimpering. She was so excited."

For the two weeks that Foraker was home, Buddy followed her everywhere she went. And her family believes that Buddy's newfound energy resulted from her being with Foraker.

Buddy suffers from arthritis and is mostly deaf. So Foraker worries that each time she sees her might be the last. She keeps in touch with Buddy while she's away via Skype.

"I hope to see her again next time I'm home during Christmas," she said. "She will be all right; she's a fighter."