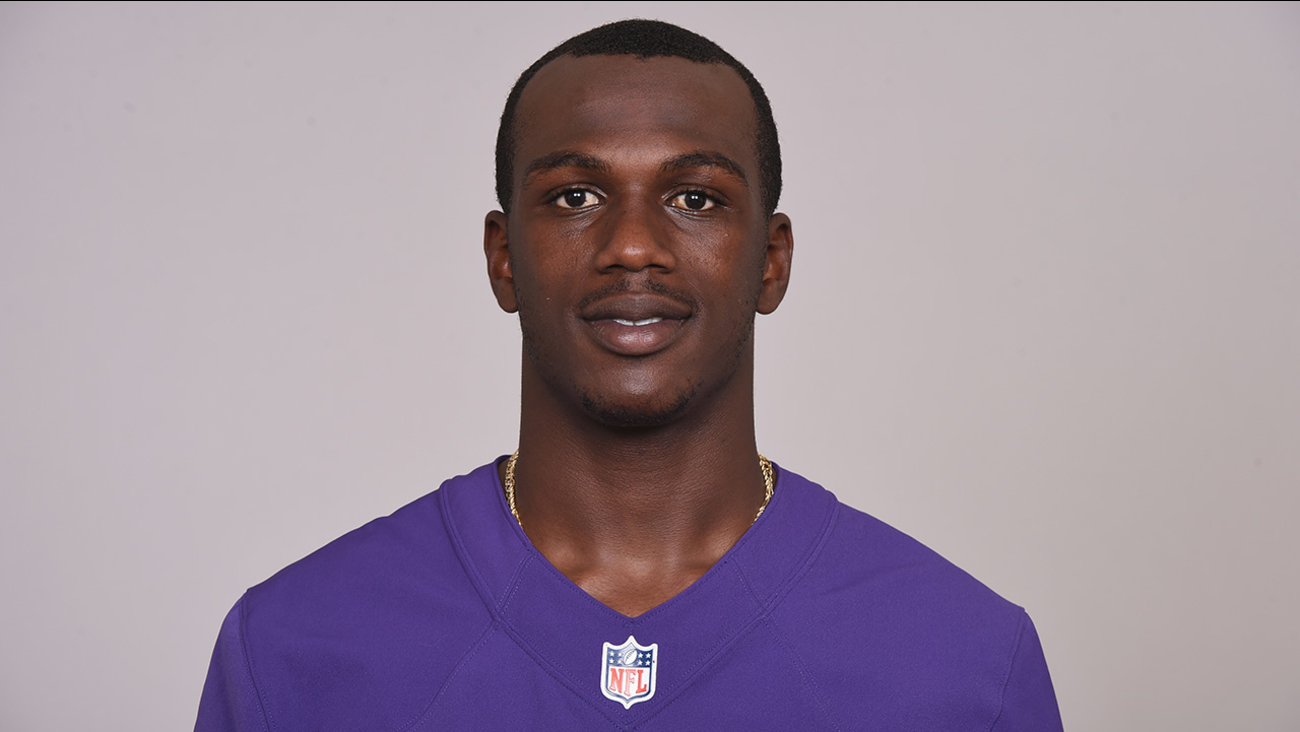 Walker was heading west on Northwest 75th Street on a Honda dirt bike when he collided with a Ford Escape heading south on Northwest 21st Avenue, according to the Miami-Dade Police Department. The accident occurred at about 7:50 p.m. on Thursday, and police said Walker's bike did not have headlights and that he was wearing dark clothing.

The intersection where the accident took place is a two-way stop.Walker was not wearing a helmet, Butler said.

Police said the driver of the Ford Escape stayed on the scene and was cooperating with detectives.Walker was believed to be riding a dirt bike recreationally with another NFL player, said Butler, who does not know the name of that player.

Walker was treated at the Ryder Trauma Center in Miami's Jackson Memorial Hospital. Butler said earlier Friday that his client was"fighting for his life."

Several high-ranking Ravens officials had headed down to Miami to support the player and his family.

The Ravens and some of their players took to social media to express their condolences after news of Walker's death came out.

Earlier Friday, Ravens coach John Harbaugh wrote an open letter to his team. In the letter, he wrote, "that was the kind of phone call you never want get as a coach, as a parent, as a brother, as a friend. This shook me and all of us.

"There is a lot going on out there and you are going to be involved in tough and difficult situations. You are making and will continue to make important choices pretty much every day. That's okay. That's our reality. It can even be very good to be put in different circumstances. To make it right, you are going to have to grow up fast. Probably faster than many of your friends and family," he wrote, adding some messages of advice.

He ended the letter: "Remember, We are Brothers in Arms. And, again, take care of each other."

Walker was a fourth-round pick of the Ravens in 2015. He played eight snaps on defense as a rookie, making one tackle.

Walker had dedicated his rookie season to his father, who died of a heart attack in 2014. The family spread Walker's father's ashes off the coast of Miami one day after Walker was drafted, his father's birthday.

Considered quiet yet good-natured, Walker endured a steep learning curve going from Texas Southern to the NFL. Baltimore made him the 16th cornerback taken in the 2015 draft, with Walker's height (6-foot-2) and length (his 33-plus-inch arms and 80 wingspan were the longest known of that draft class) ideal for that position. He was expected to battle for the No. 3 or No. 4 cornerback spot on the Ravens this season.

In mid-December, Harbaugh called Walker a "sponge" in terms of his learning.

Walker acknowledged at the end of the season that the lack of playing time -- he was inactive for half of the Ravens' games -- was frustrating.

"I'll just use that as an edge for me," he said. "I'll learn from this season and hope that I can come back strong next year and get on the field and make the plays they want me to make."

ESPN.com's Jeremy Fowler and Jamison Hensley contributed to this report.