Italy toll rises to 247 as anguish mounts over quake past

AMATRICE, Italy -- Rescue crews raced against time Thursday looking for survivors from the earthquake that leveled three towns in central Italy, but the death toll rose to 247 and Italy once again anguished over trying to secure its medieval communities built on seismic lands.

Dawn broke over the rolling hills of central Lazio and Le Marche regions after a night of uninterrupted search efforts. Aided by sniffer dogs and audio equipment, firefighters and rescue crews using their bare hands pulled chunks of cement, rock and metal apart from mounds of rubble where homes once stood searching for signs of life.

One area of focus was the Hotel Roma in Amatrice, famous for the Amatriciana bacon and tomato pasta sauce that brings food lovers to this medieval hilltop town each August for its food festival.

Amatrice's mayor had initially said 70 guests were in the crumbled hotel ahead of this weekend's festival, but rescue workers later halved that estimate after the owner said most guests managed to escape. 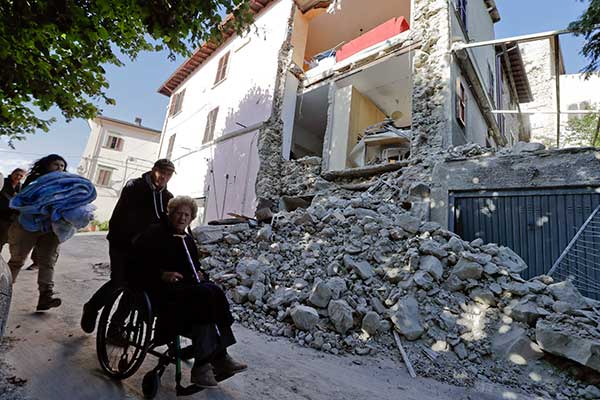 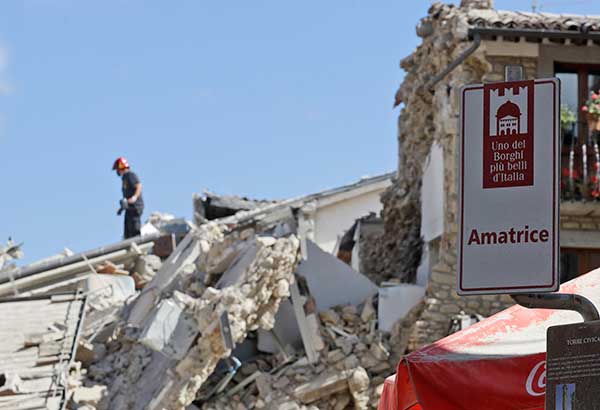 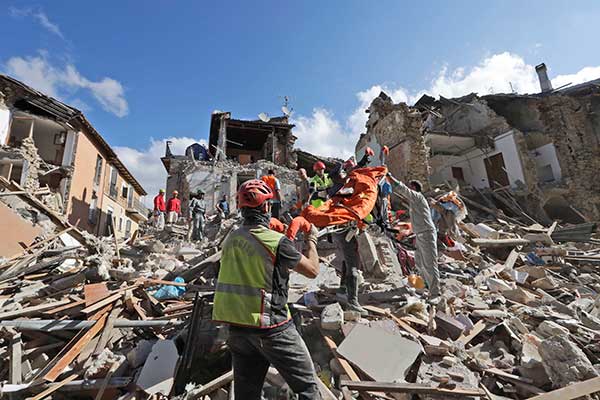 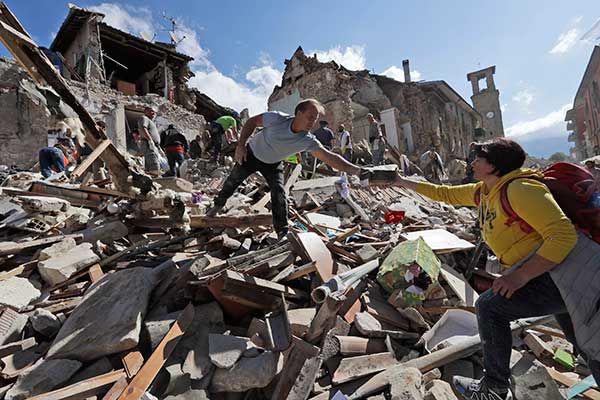 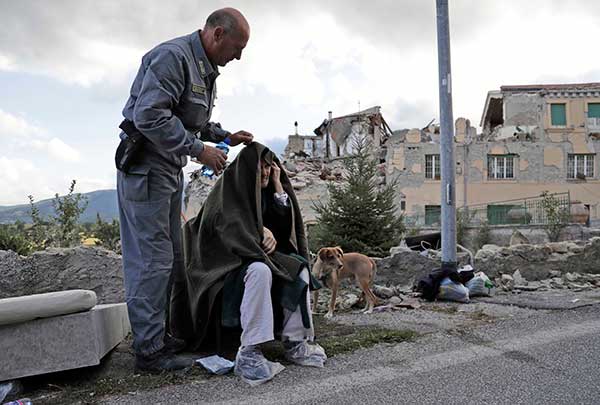 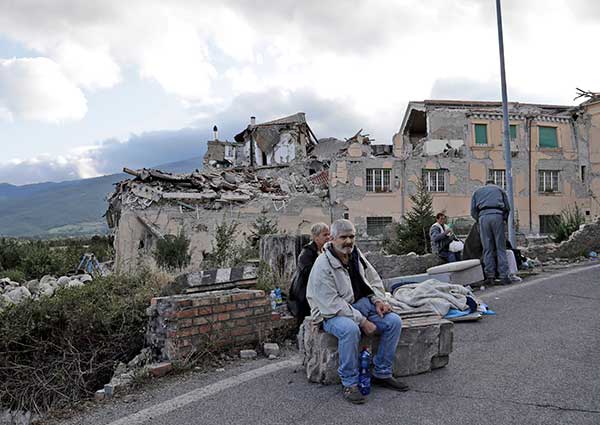 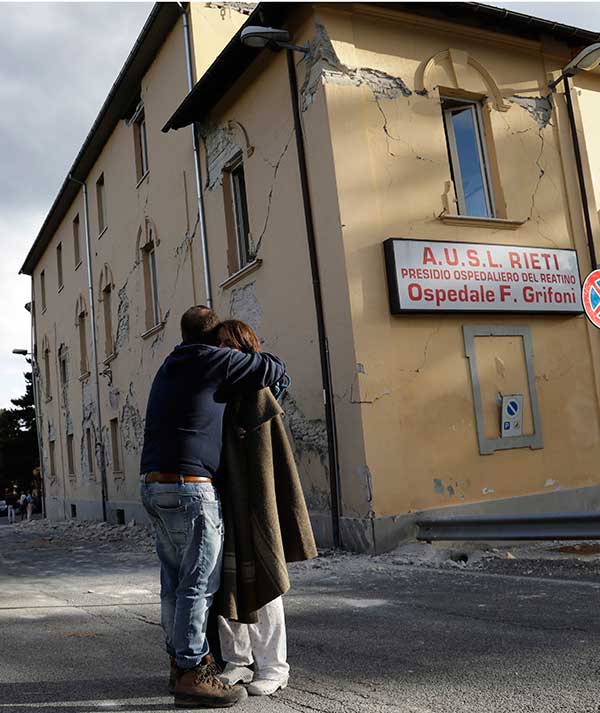 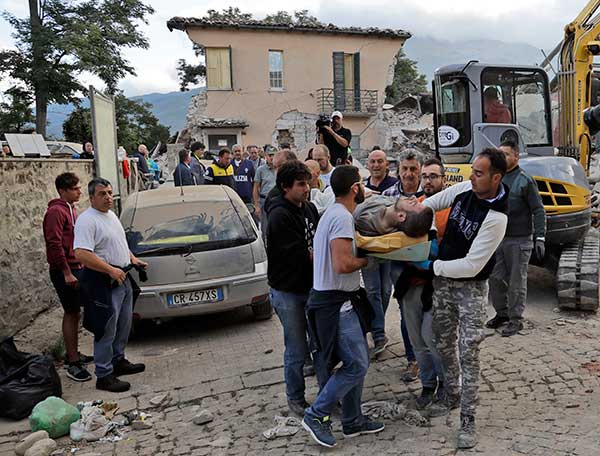 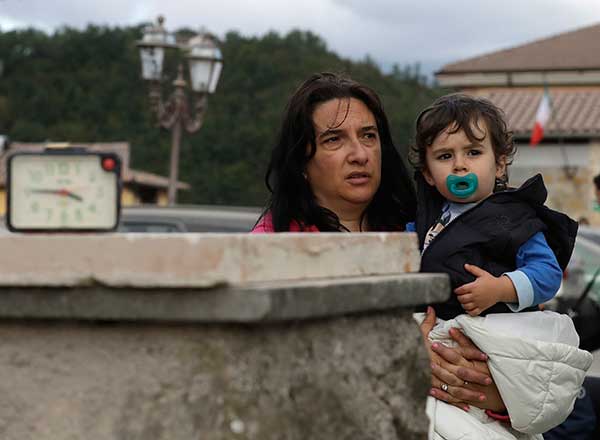 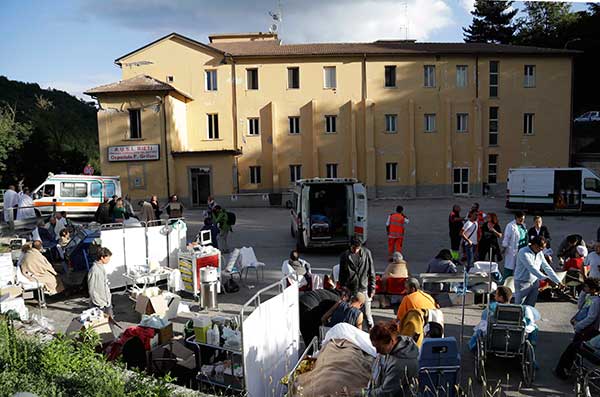 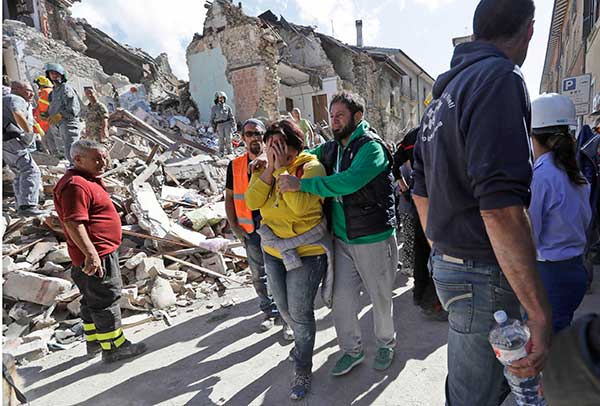 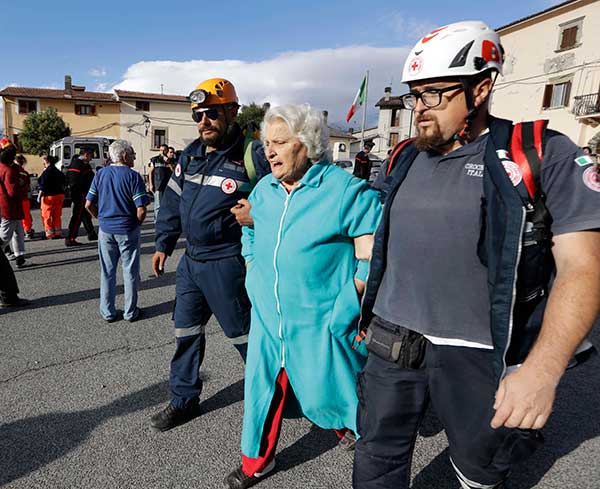 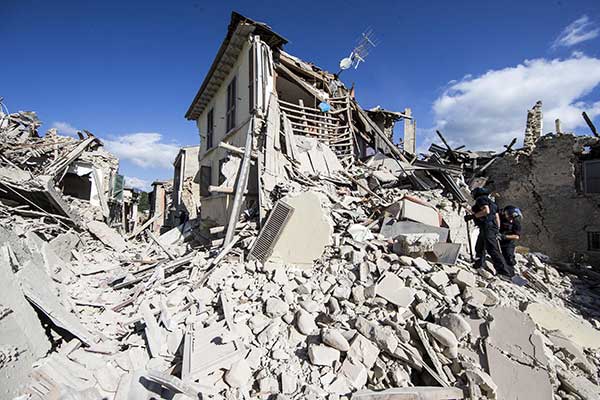 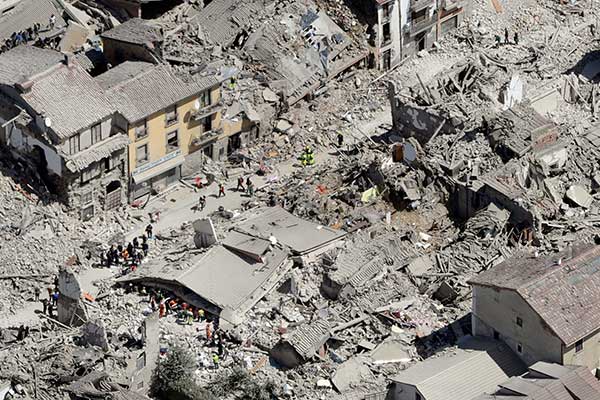 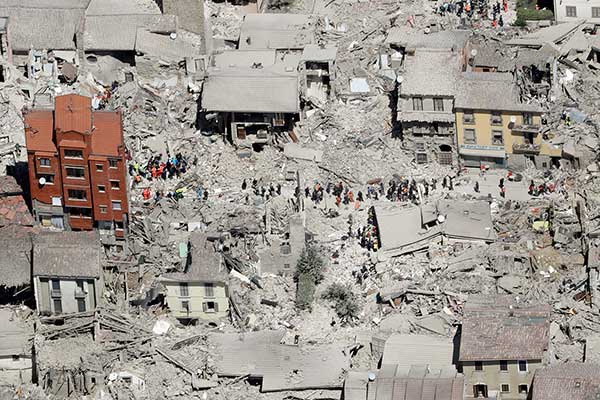 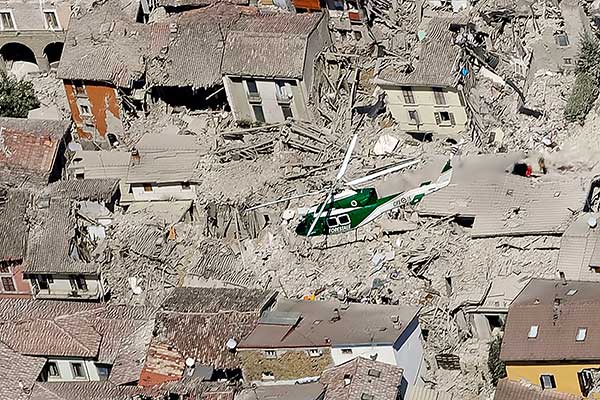 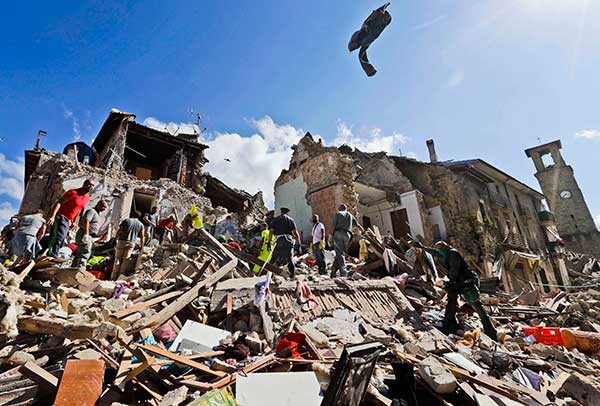 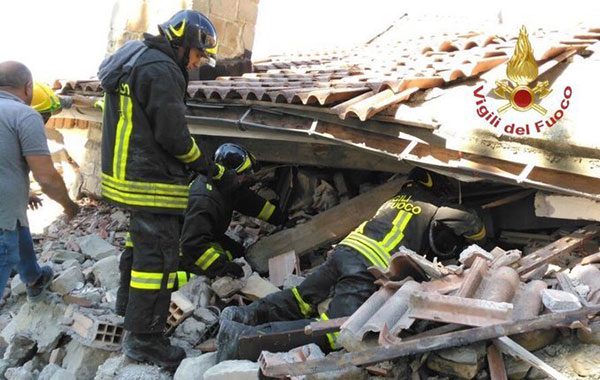 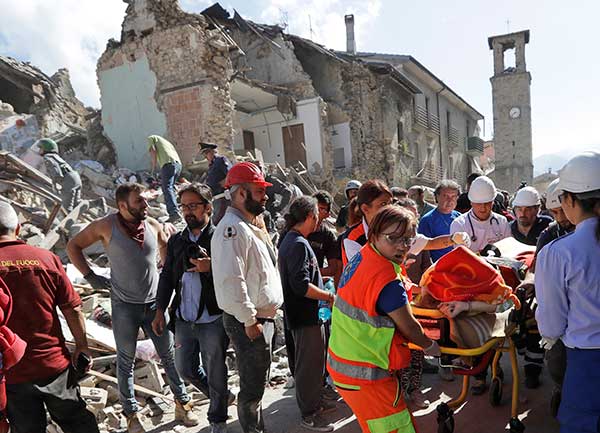 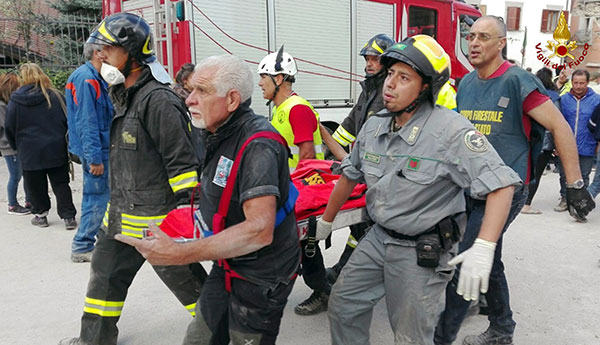 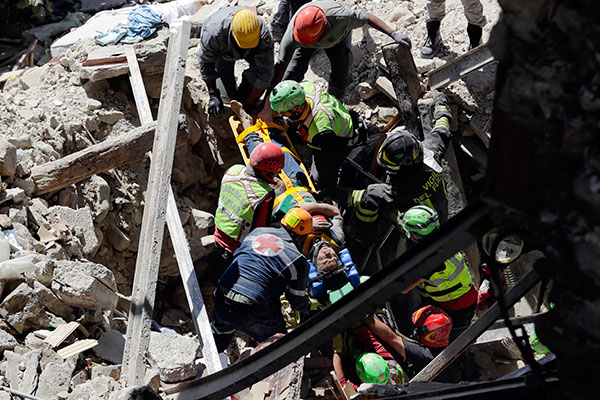 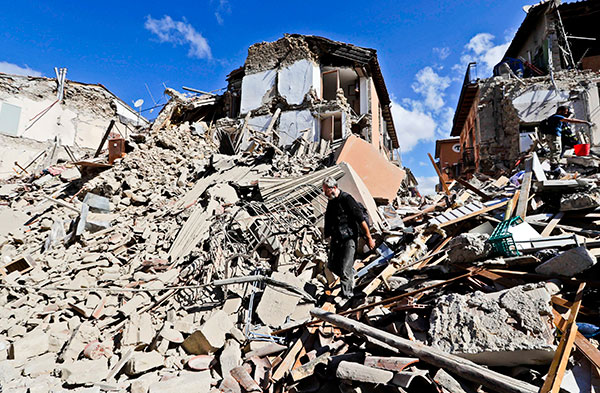 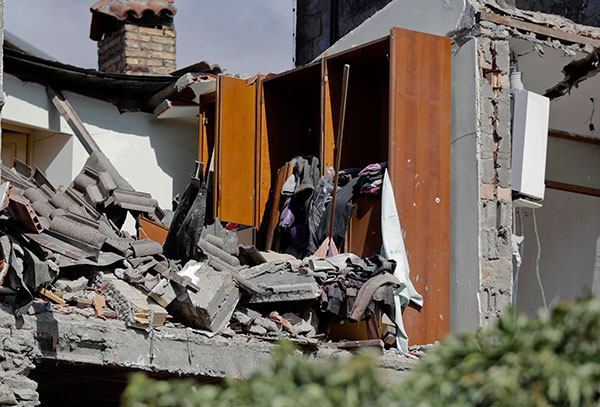 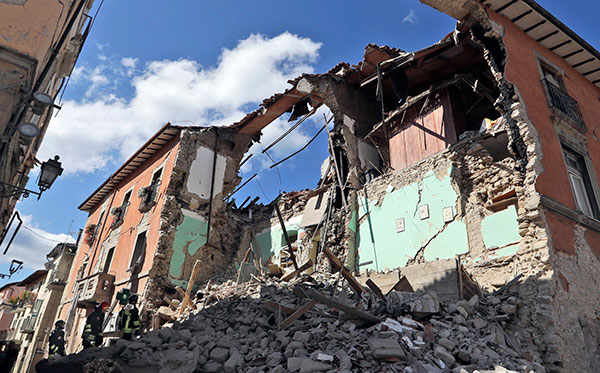 1 of 24
A woman on a wheelchair is pushed past a partially collapsed building is seen in the background following an earthquake, in Accumoli.
Andrew Medichini/AP Photo

Firefighters' spokesman Luca Cari said that one body had been pulled out of the hotel rubble just before dawn but that the search continued there and elsewhere, even as 460 aftershocks rattled the area after the magnitude 6 temblor struck at 3:36 a.m. on Wednesday.

"We're still in a phase that allows us to hope we'll find people alive," Cari said, noting that in the 2009 earthquake in nearby L'Aquila a survivor was pulled out after 72 hours.

Worst affected by the quake were the tiny towns of Amatrice and Accumoli near Rieti, 100 kilometers (60 miles) northeast of Rome, and Pescara del Tronto, 25 kilometers (15 miles) further east.

Italy's civil protection agency reported the death toll had risen to 247 early Thursday with at least 264 others hospitalized. Most of the dead - 190 - were in Amatrice and Accumuli and their nearby hamlets.

"From here everyone survived," said Sister Mariana, one of three nuns and an elderly woman who survived the quake that pancaked half of her Amatrice convent.

"They saved each other, they took their hands even while it was falling apart, and they ran, and they survived."

She said that others from another part of the convent apparently didn't make it: Three other nuns and four elderly women.

The civil protection agency set up tent cities around the affected towns to accommodate the homeless, 1,200 of whom took advantage of the offer to spend the night, civil protection officials said Thursday. In Amatrice, some 50 elderly and children spent the night inside a local sports facility.

"It's not easy for them," said civil protection volunteer Tiziano De Carolis, helping to care for about 350 homeless in Amatrice.

"They have lost everything, the work of an entire life, like those who have a business, a shop, a pharmacy, a grocery store and from one day to another they discovered everything they had was destroyed."

As the search effort continued, the soul-searching began once again as Italy confronted the effects of having the highest seismic hazard in Western Europe, some of its most picturesque medieval villages, and anti-seismic building codes that aren't applied to old buildings and often aren't respected when new ones are built.

"In a country where in the past 40 years there have been at least eight devastating earthquakes ... the only lesson we have learned is to save lives after the fact," columnist Sergio Rizzo wrote in Thursday's Corriere della Sera. "We are far behind in the other lessons."

Experts estimate that 70 percent of Italy's buildings aren't built to anti-seismic standards. After every major quake, proposals are made to improve, but they often languish in Italy's thick bureaucracy, funding shortages and the huge scope of trying to secure thousands of ancient towns and newer structures built before codes were passed or after the codes were in effect but in violation of them.

In recent quakes, some of these more modern buildings have been the deadliest: the university dormitory that collapsed in the 2009 L'Aquila quake, killing 11 students; the elementary school that crumbled in San Giuliano di Puglia in 2002, killing 26 children - the town's entire first-grade class. In some cases, the anti-seismic building standards have been part of the problem, including using reinforced cement for roofs that are then too heavy for weak walls when quakes strike.

Premier Matteo Renzi, visiting the quake-affected zone Wednesday, promised to rebuild "and guarantee a reconstruction that will allow residents to live in these communities, to relaunch these beautiful towns that have a wonderful past that will never end."

While the government is already looking ahead to reconstruction, rescue workers on the ground still had days and weeks of work ahead of them. In hard-hit Pescara del Tronto, firefighter Franco Mantovan said early Thursday that crews knew of three residents still under the rubble, but in a hard-to-reach area.

In the evening there, about 17 hours after the quake struck, firefighters pulled a 10-year-old girl alive from a crumbled home.

"You can hear something under here. Quiet, quiet," one rescue worker said, before soon urging her on: "Come on, Giulia, come on, Giulia."

Cheers broke out when she was pulled out.

But there were wails when bodies emerged.

"Unfortunately, 90 percent we pull out are dead, but some make it, that's why we are here," said Christian Bianchetti, a volunteer from Rieti who was working in devastated Amatrice.